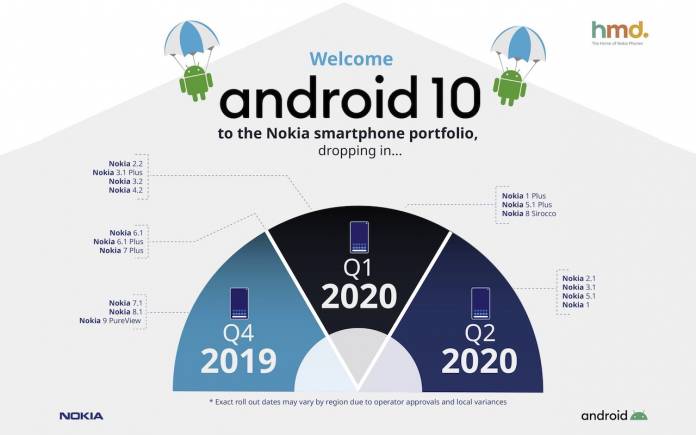 As with more top mobile OEMs today, there is no stopping HMD Global from releasing new Android phones. In fact, it has proven to be one of the more prolific ones, introducing new Nokia devices left and right since the brand’s resurrection back in 2017. There is no telling the numbers but we have a feeling all is well. HMD won’t be this confident if they are not making any money…or is it still part of a big marketing strategy?

When it comes to software updates, Nokia is also fast in rolling out Android Nougat, Oreo, and Pie to some of the latest phones. Android Q, or should we say Android 10, will be available by Q4. The good news was shared after Google made Android 10 official.

A Nokia 5G phone is also scheduled to be unveiled in the second half of 2020 as another flagship phone. It won’t be like other 5G smartphones in the market today because the Nokia 5G phone will be within a $500 to $650 price range.