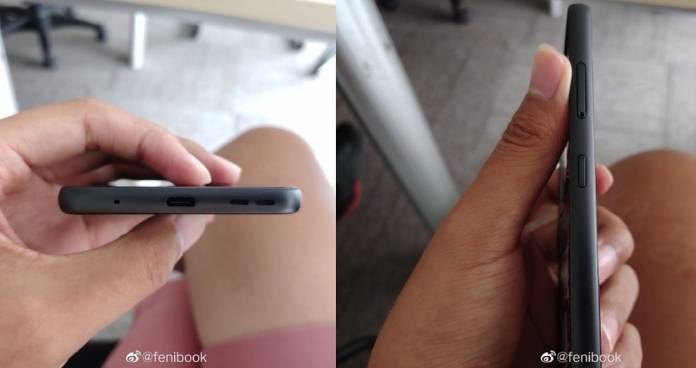 A new Nokia smartphone is about to be unveiled. That is if we are to believe this new leaked image of a new phone with a waterdrop notch and a 48MP rear camera. After the Nokia 1 has received a slice of Android 9 Pie Go edition and the released of low-end phones from AT&T and Cricket, here is a new mystery phone from the Nokia brand. Still under HMD Global, the company may be launching a new phone as another image was discovered on Weibo.

The mysterious Nokia phone is only known as the “daredevil”. It’s close to the Nokia 5.1 so it could be the Nokia 5.2 as per @nokia_anew on Twitter. The phone is said to include OZO Audio, PureDisplay, and Zeiss. Unlike Nokia 4 or the Nokia 5.1, the Nokia 5.2 is considered a more expensive option.

This Nokia phone is rumored to include an FHD+ screen, 48MP main camera, Snapdragon 660 processor, ultra wide-angle lens, and a 3500 mAh battery. Related information has been heard about the Nokia 5.2. It runs on a stock Android so it can be updated more regularly.

New images of the Nokia phone have been leaked recently:

We see two rear cameras and what looks like another sensor. The phone has a glass back and a rear fingerprint sensor. The 48MP primary sensor will be more than useful. It may also be accompanied with a proper camera UI with a wide-angle lens. There’s a waterdrop notch for the selfie cam, decent top bezel, and a big chin where the Nokia logo is placed.