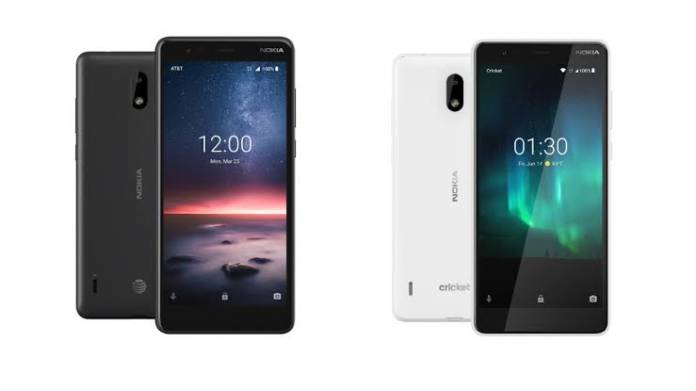 If you think Nokia is giving up the fight to make a name for itself again in the overcrowded but still huge smartphone market, think again. HMD Global, which is the “home” of the former giant of a phone brand, has announced that it will be offering its first device on AT&T Prepaid, the Nokia 3.1 A. They are also expanding their portfolios over at Cricket Wireless by adding another of its entry levers devices, the Nokia 3.1 C, as an option for their subscribers.

This is the first Nokia phone being offered to AT&T subscribers ever since HMD relaunched the Nokia brand back in 2016. For Cricket Wireless, this is the 2nd phone being offered after the bigger Nokia 3.1 Plus came to the carrier earlier this year. They are obviously targeting the entry-level market looking for either a secondary phone or a device that is affordable but functional.

The two devices are actually pretty much identical. They have a 5.45-inch screen with 720 pixel display and are powered by Qualcomm Snapdragon 429 processors. They have 2GB of RAM and 32GB of internal storage which can be expanded with a microSD card. Both phones have 8MP main cameras with LED flash and 5MP front-facing cameras.

The two budget phones come with 2,900mAh batteries, USB Type-C charging ports and 3.5mm headphone jacks. They will come with Android 9.0 Pie out of the box and of course the full power of Google Assistant.