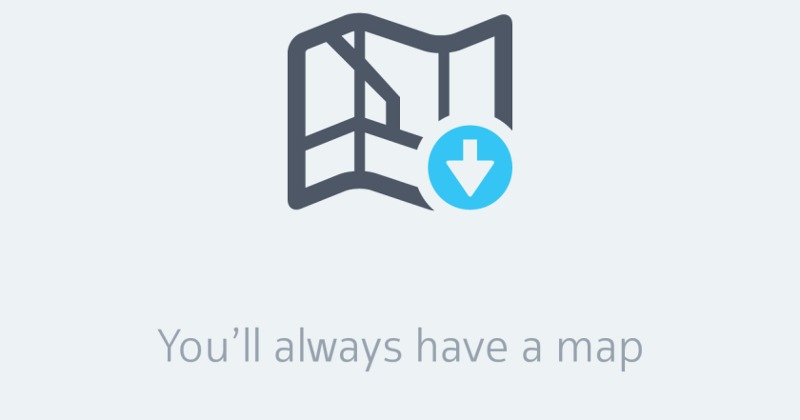 When you talk about digital maps, Google is the name that will undoubtedly come up first. Nokia, who is no longer making smartphones, is trying to take a bite out of that market by making its own HERE maps available to a wider audience. And now we’re taking the official beta (not the leaked version) of HERE on Android for a spin to see what this Google Maps competitor has to offer.

When Nokia sold off its mobile business to Microsoft, it still kept some of its services and products, one of which was HERE maps, which it also licenses to Microsoft for future Windows Phone devices. And it hasn’t been sitting on its behind either. Nokia has been continually growing that business and has partnered with various companies to improve its offering, the latest being Samsung to bring those maps to its Tizen-powered smartwatches. That, apparently, was just the opening salvo and Nokia is trying to make inroads into other mobile spaces without being beholden to a single OEM. And now we’re getting a taste of the first fruits of that effort.

Visually speaking, HERE isn’t something you will probably write home about, though it isn’t disappointing either. You would definitely not equate it with a standard Android-looking app. Then again, not many apps really follow Google’s design guidelines anyway. The use of big buttons and text make them easier targets to hit, a huge, pardon the pun, benefit when used in a driving scenario. But it also makes the whole app itself look and feel rather huge, as if viewed with a magnifying glass. Some might find Google’s own app a lot cleaner to look at. That said, there are instances where the user interface tends to be inconsistent or unexpected. Stopping turn by turn navigation in Driving mode, for example, involves swiping up a hidden menu with a Stop button. For walking, however, you’ll have to press Back to stop it.

But, of course, we’re here for the mapping and navigating features and, if you can get past that subjective criteria of aesthetics, you’ll find that HERE delivers its promise quite well. You have the basics of both maps and navigation functionality, as well as search (perhaps powered by Bing) and “bookmarks” for marking your favorite spots. Four types of maps are available, including the quintessential plain Map, Satellite, Transit and Traffic, though the last one might be available only in some markets. You also have guidance for walking, commuting and driving, with voice navigation available too. Drivers, however, might prefer the more dedicated “Driving” section of the app, as it gives more options, particularly in routing options and how maps and other pieces of information are displayed.

If that sounds like the normal features you’d expect from any decent map app, you’d be correct. There are, however, one or two areas where HERE has the upper hand. The first is one of the most widely touted feature of Nokia’s product: offline maps. You can download maps by country, region, or even whole continents. This lets you access those maps even when you don’t have an Internet connection, perfect for travels where you are unsure of availability or reception. Even turn by turn navigation works with these offline maps. Do note that these maps, even just for a single country, are quite big, so it is best to download them before hand rather than impromptu.

Another way HERE gets the advantage, though quite debatable, is in local maps. Areas, cities, countries, and regions that don’t exactly get the same laser focus from Google, even with crowdsourced help, sometimes gets things wrong. Some users, at least those from the Lumia camp (which might make the evaluation a bit suspect) claim that HERE offers more accuracy in certain regions. Some Android users might even concede that there are areas that Google Maps doesn’t cover accurately. The availability of downloadable maps per country does seem to imply that. But whether or not that is true, alternatives to Google Maps is always a good thing and Nokia HERE possibly offers one of the better choices.

HERE has actually been available on Android but only on the Nokia X platform. A beta version of the app should be making its way to Samsung’s Galaxy devices as part of the two companies’ budding friendship. That said, that beta version seems to have leaked out and is now making rounds over the Internet. While you may be able to install this unofficial version on any Android smartphone, Nokia notes that you will be doing so at your own risk. One can use the app without signing in or up, but functionality will be limited to basic and, more importantly, online usage. To get to features like downloading maps as well as voices, both in normal and Hi-Fi quality, users will need to sign up for a free account, either using their Facebook login or directly on HERE.