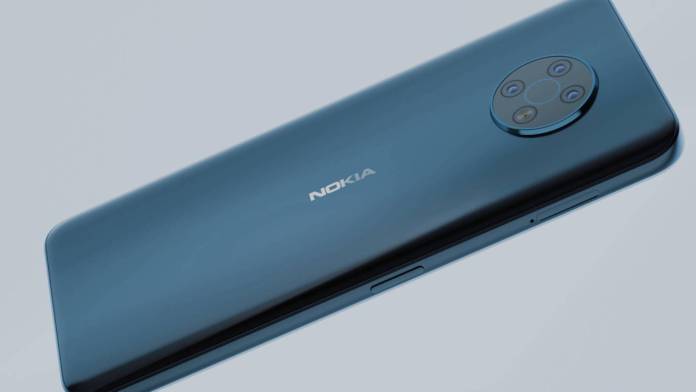 Non-Pixel devices are slowly starting to get their Android 12 updates and if you’ve been an Android user for some time now, you know that the emphasis is on slowly. The rollout of this update is dependent on the OEM as well as the country and region. It looks like users of the Nokia G50 are now getting their Android 12 update, that is if they live in Finland. There is no official announcement from HMD Global just yet so this may just be the initial phase for OTA updates.

Nokia normally pushes out these major Android updates in phases, with a smaller number of users receiving it first and then slowly growing the subset until everyone gets it. They already previously did this with the Nokia X10 last December and now it looks like the Nokia G50 is getting it. Well, at least a small group of users in Finland seem to be getting the Android 12 update based on a post in the community thread on the Nokia website.

The Nokia G50 is the direct successor to the Nokia G20. It launched with Android 11 last September and Nokia said it will be receiving two major upgrades and three years of security patches. This is its first update since its launch. It runs on a Qualcomm Snapdragon 480 chipset and has a 6.82-inch LCD panel and 4GB of RAM. It seems that Android 12 is rolling out in Finland only for now although the device is available in the U.S and other countries in Europe.

The Android 12 update will bring several changes to Android smartphones including a new and more rounded user interface, larger quick toggles, conversation widgets, accessibility improvements, etc. The Material You UI will not be available for non-Pixel devices just yet but we may eventually just get it. The update, version V2.160 also seems to carry the November 2021 security patches as we can expect the December one to come early this January.

As for the other Android smartphones that are supposed to get the Android 12 update, we’ll be reporting which ones are officially announced and also which ones users say they got already. Just remember that we have to be patient when it comes to things like this as they usually take weeks and months to roll out.