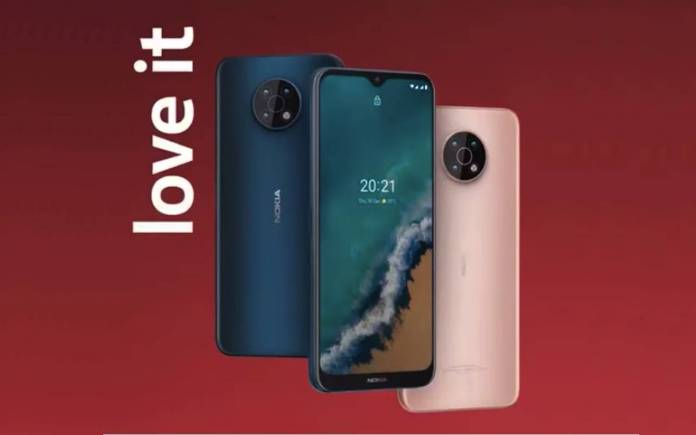 A few months ago, HMD Global promised that upcoming phones from the Nokia G series would come with durability. The Nokia G10 was introduced back in March. A new phone is due to be released and we’re crossing our fingers it will be the Nokia G50 5G. The name hints on a powerful smartphone as with most 5G phones we know in the market. Not all 5G phones are premium. There are many 5G mid-rangers but they can already be considered as powerful.

A new video featuring the Nokia G50 5G was leaked. It was a short intro video posted on Nokia’s Instagram France channel. Not much information have been provided but we have the image.

The phone was also sighted on Geekbench and some retailers. The leaked video shows the front and rear design of the Nokia G50 5G. We see a waterdrop notch in the middle for the selfie camera.

On the rear, there is a triple camera system. A fingerprint sensor is absent but we’re assuming it’s on the power button or maybe under the screen. The main camera system is said to include a 48MP camera.

Battery will last up to 24 hours on a single full charge. Of course, 5G connectivity will be a special feature. The phone could be powered by the Snapdragon 480 5G as per a Bluetooth certification listing. Color options could be Sand and Blue in Russia and the UK.

The 5G Nokia smartphone will be available at £207. This is only for the entry-level model with 4GB RAM and 64GB internal storage. The phone will also be sold in Australia in three colors: Forest Black, Sand or Midnight Sun, and Blue. The AUD 477.06 price is for the 4GB RAM 128GB Nokia G50 5G.