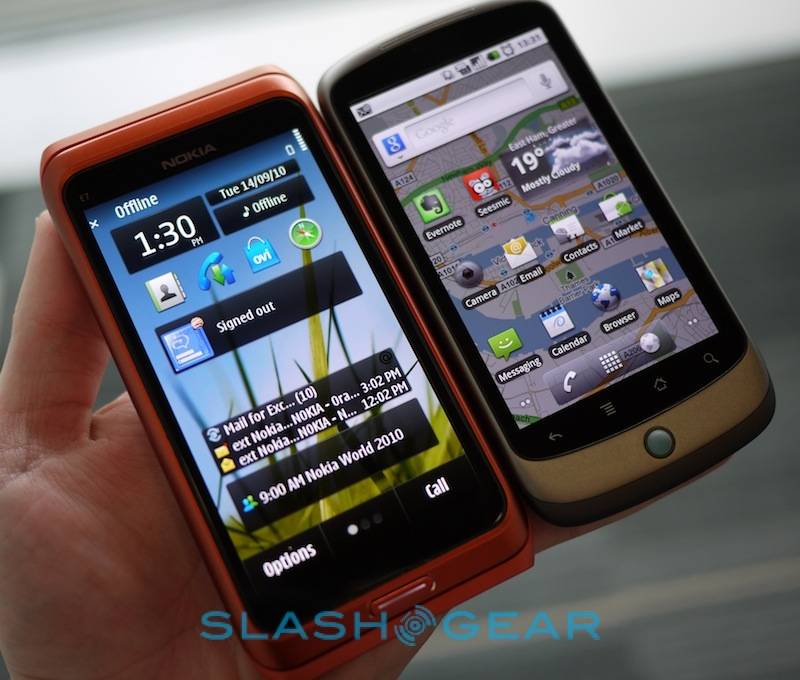 The Nokia Android rumors just won’t die, and while the general consensus is that the Finnish company wouldn’t touch Google’s open-source OS with a barge-pole, that apparently hasn’t stopped Eric Schmidt trying his luck.  According to TechCrunch, at around the same time as Nokia’s VP of MeeGo devices was resigning, Google’s CEO was calling to see if he could persuade them to consider Android on future devices.

According to their “good” source, Android could be implemented as a temporary measure used to showcase Nokia’s hardware.  That fits in to some extent with feedback after early previews of the Nokia N9 – which will be MeeGo based – that suggested the physical device showed promise but that the software was half-baked.

Of course, Nokia continues to dismiss the speculation, and we can’t see them investing in Android for a short-term fix.  Still, having played with the E7 at Nokia World last month we will admit to wishing the smartphone came with Froyo rather than Symbian^3.