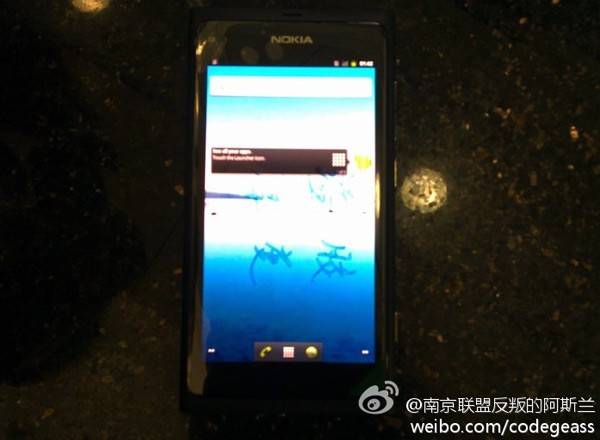 What looks to be a Nokia N9 prototype running Android has emerged in leaked images. Discovered over at the Weibo forums (1, 2; registration required) the images seem to show Android 2.3 Gingerbread on the new smartphone.

Now, it’s worth noting that a fake image showing the same thing would be relatively straightforward to put together, either ‘shopping the screen onto a regular MeeGo-based N9 image, or – if you have access to the handset itself – simply loading on an Android screenshot and display it for the photos. Lending to the air of authenticity, however, is the source’s track record; they apparently had access to photos of the “Sea Ray” Windows Phone prototype back in May.

Nokia has previously said it considered Android instead of Windows phone, but opted for the Microsoft OS as it felt there was more room to differentiate itself. Knocking up a few prototype N9 units with the Google software doesn’t seem too unlikely. As for when the MeeGo-based N9 launches, we’re hearing it’ll have a root-mode switch that should make unofficial installs of platforms like Android more straightforward when the smartphone is in the wild. 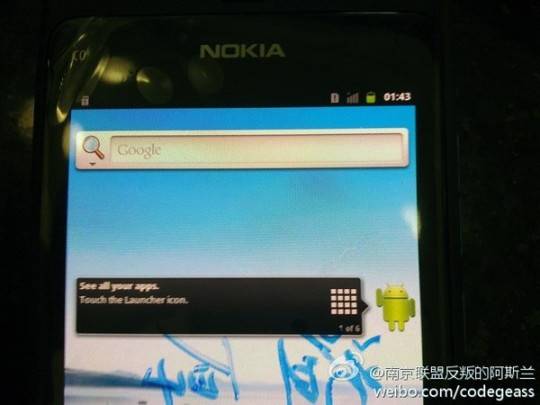