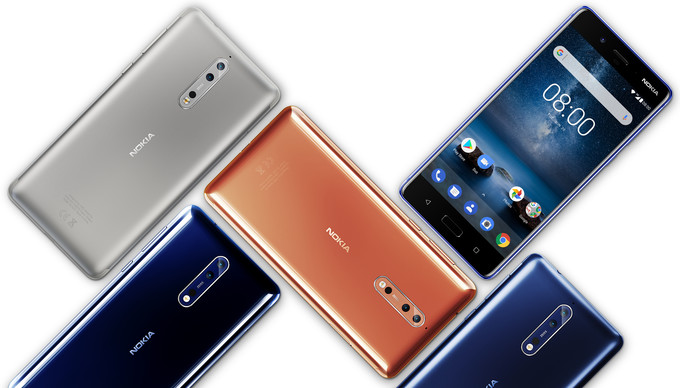 The Nokia 8, the only high-end Android smartphone from the former mobile giant, is now available to buy in several markets around the world. For now, Germany and Australia are the only ones where the device is officially available but it will be expanding in other regions as well. But if you’re in the US and you’re expecting this to arrive anytime soon, don’t hold your breath just yet because HMD Global has now plans to sell the regular version just yet.

In case you need a bit of reminding what the Nokia 8 is all about, it has a 5.3-inch display with 1440 x 2560 pixels and is powered by a Snapdragon 835 processor. It has 4GB RAM, has 64GB of internal storage but can be expanded to 256GB through a microSD card. The main camera has a dual 13MP Zeiss shooter and also a 13MP front-facing one. It has 360-degree OZO sound recording, a front-mounted fingerprint sensor, and a non-removable 3090mAh battery.

It runs on Android Nougat out of the box, but given that it’s just recently released and it’s on the higher-end spectrum, it will most likely be updated to Android 8.0 Oreo. As to when that will happen is anyone’s guess. And whether or not HMD Global will release the regular version in the US is also still up in the air. We’ll probably see a customized version of it some time in the future.

But for now, those in Australia and Germany will be able to purchase the Nokia 8. In Australia, it will cost you $799 AUD or around $719 and it is available at JB Hi-Fi and Harvey Norman. Meanwhile in Germany, you can get it for around 579 euros or $690 and it comes with a free 64GB SanDisk Ultra microSDXC card if you buy it from Amazon.