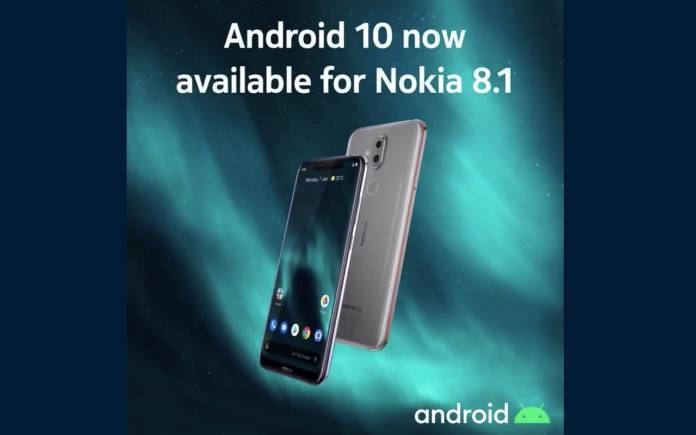 Since Nokia only has a few phones under its belt, it can afford to work on regular OS and software updates. As soon as we learned that Android Q is Android 10, HMD Global immediately announced Nokia phones are getting Android 10 by Q4 2019. We’re now in the last quarter and so Android 10 upgrade is rolling out for the Nokia 8.1. The update begins today. According to HMD Chief Juho Sarvikas, it is the first Snapdragon 710 phone to receive Android 10 features like Gesture Navigation and Dark theme.

Nokia 8.1 is the first Nokia phone to receive Android 10. Sarvikas (@sarvikas) is proud to say the Nokia phones “keep getting better”. That is expected of a brand that only has a few phones.

As we mentioned before, here are some of the the things Android 10 will deliver to the phones: improved biometric authentication, Gesture Navigation, TLS 1.3 support, better fallback support for device credentials, Wi-Fi network request API, changes to Wi-Fi high-performance and low-latency modes, Thermal API, Call screening and caller ID, and Audio playback capture.