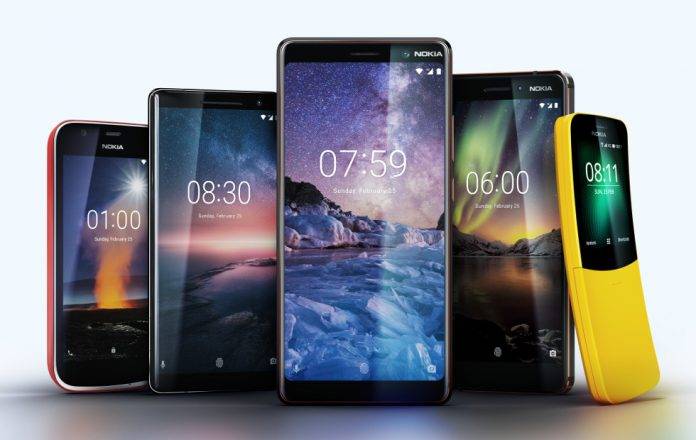 Not everything at MWC 2018 is brand new. Some are callbacks of old products and others are a rehash of the same. The New Nokia 6, a.k.a. the Nokia 6 (2018), and the Nokia 7 Plus are a mix of both. Part of them is set in 2017 and the rest in 2018. Continuing Nokia’s confusing naming tradition, HMD Global has decided not to change their names. That said, they might still have enough new features to make them enticing, at least for those who still haven’t bought their predecessors.

The New Nokia 6 is probably going to be familiar. Nokia already launched pre-orders in China more than a month ago. It upgrades the Old Nokia 6 with a new Qualcomm Snapdragon 630 processor and a rear fingerprint sensor. Most of its specs and features, however, remain the same, for better or worse. And that’s totally intentional, because HMD believes its Nokia 6 is a clear winner.

The Nokia 7 Plus is to the Nokia 7 what the New Nokia 6 is to the Old One. It steps up with the latest Snapdragon 660 mobile platform but retains the 4 GB RAM, 64 GB storage memory configuration. It starts with Android 8.0 Oreo out of the box, with the Android One that some leaks have already made known.

The biggest upgrade the Nokia 7 Plus offers, however, are its cameras. Now there are two on its back, a 12 megapixel f/1.75 wide-angle camera and a 13 megapixel f/2.6 telephoto. That’s exactly the same pair on the higher end Nokia 8 Sirocco. Thankfully, the front camera isn’t as terrible, with 16 megapixel fixed-focus f/2.0 “Bothie” shooter.

The New Nokia 6 and Nokia 7 Plus are both targeted at the so-called emerging markets. No word on pricing yet.