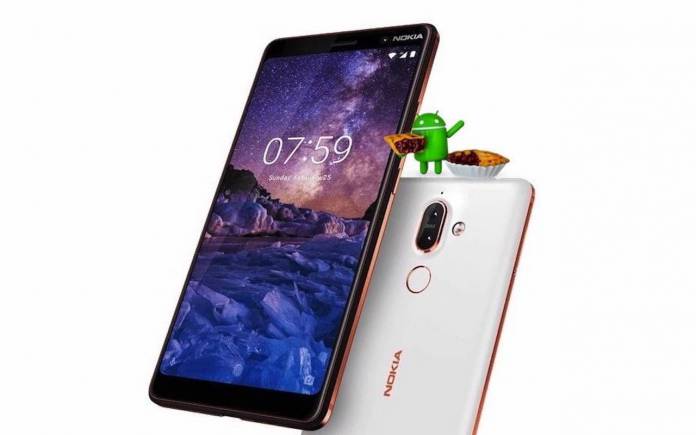 Phones sending out data and information to outside servers are nothing new. We’ve heard similar incidents already most notably involving OEMs and China. There is a reason why Huawei isn’t allowed in the US but we won’t dwell on that. This time, Nokia is said to be sending special information to China. It’s been happening for months so investigations are underway concerning the Nokia 7 Plus. The new phone is believed to be sending personal data to a server and that is not good news.

NRK, a Norwegian website, shared the news that the OnePlus 7 phone is sending out traffic. Reader Henrik Austad noticed a server is being contacted. Data packets are sent out frequently even if not encrypted.

The kind of data being sent and shared start when the device is switched. Once it starts, information like SIM card number, phone’s serial number, geographical position, and screen activated or unlocked are sent out.

The recipient of data is China Internet Network Information Center (CNNIC) as listed in the register. Specifically, China Telecom, a state-owned telecommunications company, is the owner of the domain.

What has been discovered, although not definite, is that a code from Qualcomm that is similar to what’s being used by the Nokia 7 Plus, is collecting data about the phone and sends them to a server that was produced by China Telecom.

Security researcher Dirk Wetter also did his own investigation and discovered the same thing when analyzing network traffic to his Nokia 7 Plus phone. He noted the same packages. They are the same and it is possible HMD Global doesn’t know about it.

The Finnish Data Inspectorate is considering opening investigations after receiving information. Many other issues are being mentioned like it’s a possible violation of the GDPR legislation and data being sent can monitor and identify people. It is also possible that the OEM didn’t know about the problem until now.

The information must be related to the customers and that such deviations should be corrected. HMD Global has been asked several times to explain a lot of things but no response has been given yet.