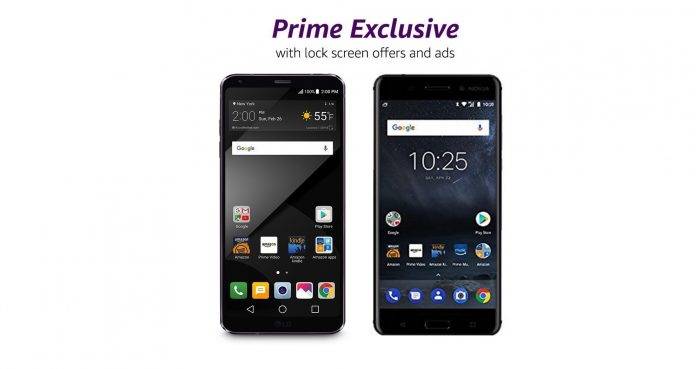 Two weeks two go before Christmas and we’re learning more great deals. Even if you don’t celebrate it, we’re certain you’re excited about the holiday sales and promos you can avail. December is usually shopping season for most people. Some are treating it as a sport and what better place to spend all your hard-earned money than Amazon. If you’re Prime member, you’d be happy to know the Nokia 6 is now discounted. Current price is $149.99 after a $30 discount.

This deal isn’t really a surprise because the Amazon Prime Exlusive is already a go-to option for those who want to save money and get good phone deals. It’s not totally scrimping and going cheap because the devices are always with good quality.

Amazon Prime deals are really good. The only issue is the presence of lockscreen ads. Its bootloader can’t be unlocked so you will have to put up with it and all those lockscreen ads. You may be annoyed but that’s what you get for the low price.

The Nokia 6 is just one of the many Prime Exclusive phones. You can avail of the discounted phone only until the 24th of December. The $30 discount is already significant but the new price is actually $80 less than thr non-Prime variant of the Nokia 6. To review the specs, the phone comes equipped with a 5.5-inch 1080p screen, 3GB RAM, 32GB onboard storage, Snapdragon 430 processor, and Android 7.0 Nougat out of the box. Android 8.0 Oreo will be available for the Nokia 6 in the coming weeks.

Aside from the Nokia 6, Amazon Prime Exclusive also has the premium LG G6+ for its December line up. Starting December 17 to 23, you can avail of the smartphone for only $449.99. That’s a $50 discount for the 128GB model. It’s also a great deal but there’s also the lockscreen advertisement to annoy you. We guess those are nothing compared to the immediate savings. We won’t mind those stuff as long as those phones are made affordable.