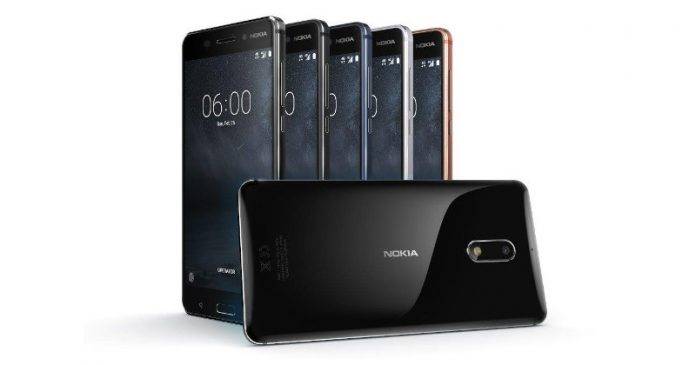 The necro’d Nokia 3310 might be the talk of the town as far as Nokia’s MWC 2017 phones go, but that doesn’t mean its smartphones are taking a backseat. Especially not when the Nokia 6, the Finnish company’s first non-Microsoft smartphone is finally launching outside of China. And, as has been mostly leaked to death, Nokia also unveils the Nokia 5 and Nokia 3 models, signaling that start of its “rapid-fire” Android phone expansion.

The Nokia 6 might now be a bit more familiar to astute readers. It’s a mid-range smartphone, powered by a Qualcomm Snapdragon 430, that surprisingly has some rather high-end specs, like 4 GB of RAM and 64 GB of storage. The 5.5-inch screen does 1920×1080 pixels on top of an aluminum body.

The Nokia 5 follows much of the design cues, including the precision-milled aluminum that gives this mid-range device a bit of character. Powered by that same Snapdragon 430, the Nokia 5 downgrades to 2 GB of RAM and 16 GB of storage. Though the smaller 5.2-inch display also drops down to a 720p resolution.

And finally there’s the Nokia 3, the nominal little brother of the trio. Trading the Qualcomm for a MediaTek MT6737, the smallest sibling also gets the same 2 GB RAM and 16 GB storage. The 720p resolution is perhaps a better match on the 5.0-inch screen. Unlike the Nokia 6 and 5, the Nokia 3 switches to a polycarbonate (read: plastic) material.