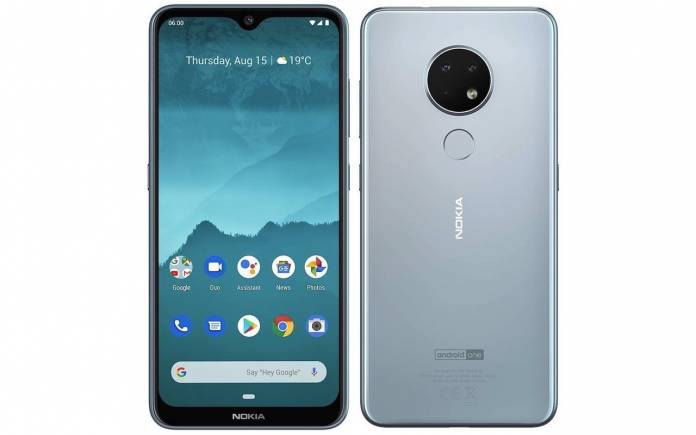 The Nokia 6.2 was first introduced to the public back in July even before its official launch. Together with the Nokia 7.2, it was thought to be presented in August. It was finally announced in September with the Nokia 7.2 and three other Nokia phones. The smartphone is finally reaching the US unlocked via Amazon. The mobile device is now listed on the top e-commerce site with a $249 price tag in two colors: Ice and Black. Making this stand-out from other Nokia phones is the advanced camera system that includes a triple rear camera setup.

Nokia has added a dedicated Google Assistant button for quick access to smart features. There is also the all-new Ambient mode from Google. When it comes to imaging, there are three rear cameras: 16MP primary + 8MP ultra-wide lens + 5MP for portrait shots. The system is AI-powered so you can shoot premium quality images even in poor lighting environments.

The battery is said to last up to two days on normal smartphone usage. The Nokia 6.2, as with most Nokia phones, comes with a promise of two years guaranteed Android updates plus three years worth of monthly security updates. The Nokia 6.2 is now in stock on Amazon. MSRP is $249.