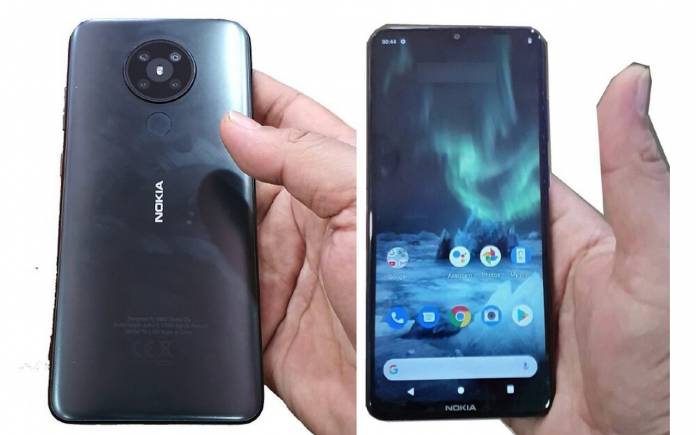 Back in November 2017, HMD Global introduced the Nokia 5. The Nokia 5.1 and Nokia 5.1 Plus followed. There is no Nokia 5.2 officially announced but a phone with a 48MP rear cam and a waterdrop notch was leaked. It was thought to be the Nokia 5.2 but still nothing even after the new year. Last month, there were Nokia 5.2 images leaked, showing a quad-rear camera system. There may be no more Nokia 5.2 but instead, we’ll see a Nokia 5.3. NPU (Nokia Power User) recently shared exclusive information that a Nokia 5.3 is coming.

The display size will be 6.55-inches with an aspect ratio of 18.5:9 ratio. Built-in storage configuration will only be 64GB but RAM may vary from 3GB to 4GB to 6GB RAM. The 6GB RAM variant will be released later with a possible price of $180.

The Nokia 5.3 may also come with a 4000mAh battery. The Qualcomm Snapdragon 660 or 665 processor information was sighted on Geekbench under the ‘Captain America’ codename. The phone is also said to have been filed for Wi-Fi certification under the names TA-1223, TA-1227, and TA-1229. Possible color options are Cyan and Charcoal with a third one coming later as well.

The Nokia 5.3 is known as Captain America. We’re not sure why but we believe it will be available in the United States as yet another mid-range phone offering from Nokia. The 6GB RAM version will cost below $200. Expect the 3GB RAM and 4GB RAM to be even more affordable.