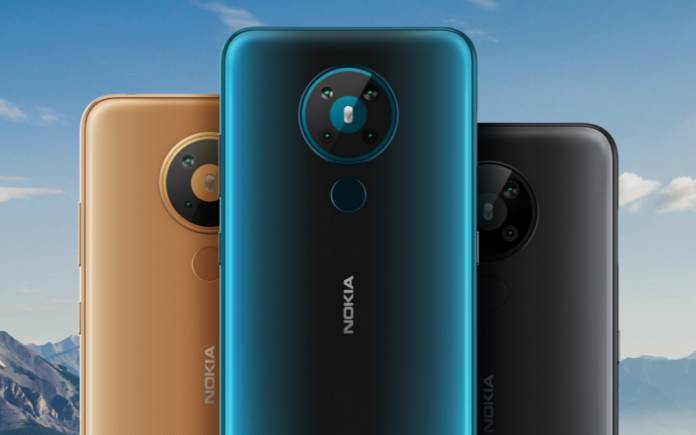 HMD Global might be pushing the Nokia 8.3 5G as its premiere 2020 phone but, as much as carriers and phone makers want it to be, not everyone will care for 5G, much less even afford something like that phone. Some will just want a handy companion or even a basic tool for getting online. HMD, fortunately, has them covered as well with the Nokia 5.3 running Android One and the Nokia 1.3 running Android Go.

The Nokia 5.3 really means business when it comes to mid-range specs, sporting the Snapdragon 665 with 3 or 4 or even 6 GB of RAM. The 6.55-inch HD+ screen gets a more or less common waterdrop notch to hide an 8MP front camera.

What makes this phone extra special isn’t really the “Oreo” camera bump with four cameras. It’s the Android One running on it which is promised to get not the usual two but thee years of software updates. That will start with Android 11 which the phone will hopefully get before the year is over.

The Nokia 1.3, on the other hand, is as basic as you can get. It is powered by a relatively obscure Qualcomm QM215 with a tight 1 GB of RAM. With that hardware, it’s no surprise it’s running Android 10 Go Edition. As a bonus, it is also the first Android Go phone to get the new simplified and light Camera Go app.

The Nokia 8.3 5G isn’t really that expensive but these two phones may make a sweeter deal as far as price is concerned. The Nokia 5.3 launches with a 189 EUR price tag while the Nokia 1.3 Android Go phone nearly halves that at 99 EUR. Global and US availability has not yet been announced.