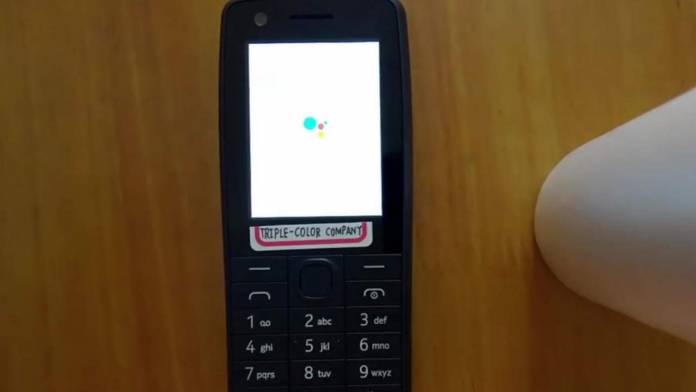 Android’s ecosystem is the most expansive of all the mobile operating environments and the possibilities for Google are virtually endless. That’s one reason why they even considered trickling down the Android OS down the levels to the Android for feature phones. This fact was evident in April 2019, and then later on in September, a leaked video of a Nokia device with this Android version was spotted. Consequently, a Nokia feature phone having model number TA-1208 propped up on the Wi-Fi Alliance website. At that time it was ascertained that the device will be called Nokia 400 when released.

The phone destined for the Indian market never saw the light of day and was canceled by HMD Global – buried away from any speculation. Now the device has been unearthed in a leaked hands-on video by Calyx Hikari on YouTube, giving us all the raw look of the phone that could not be.

The Nokia 400 has a very similar design to the other feature phones by the brand. It has a small display highlighted by hefty bezels, a matte polycarbonate body, a removable back panel with a solo camera on the center, LED Flash, and a nostalgic T9 keypad.

To the bottom half lies the 3.5mm headphone jack and a microUSB port to juice up the device. The back panels hide the removable battery and a SIM card tray and microSD card slot underneath it.

On turning on the device the lockscreen UI of the stock Android phones pops-up and it is nostalgic to the core. Then we see the setup screen and the Google Assistant logo.

Once everything is set up, the phone’s homescreen with large icons and the icon tray is visible. Of course, this is not a touchscreen phone so the navigation is done via the physical keypad buttons.

Heading over to the settings reveals the phone’s specification and the GAFP based Android 8.1 Oreo Go Edition. The device has a measly 512GB of RAM – compared to 2021 standards even for low-end phones.