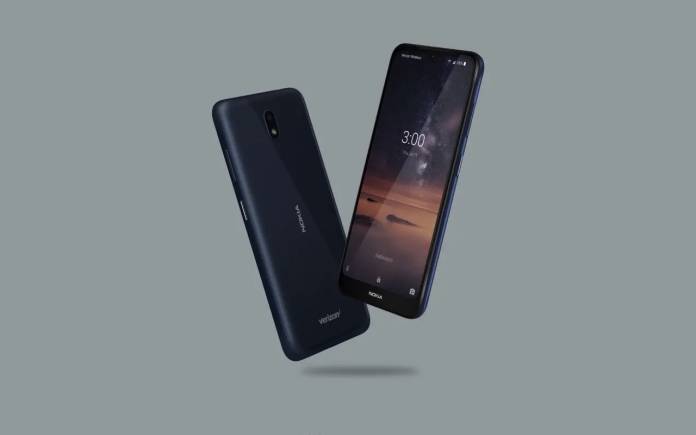 The Nokia 3 phone has been around since the early days when HMD Global gave the Finnish brand a new lease in life. The budget phone has received several updates including Android 7.1.1, Oreo, and Android 9 Pie. A Nokia 3.1 variant was made available in the middle of last year and was soon followed by the Nokia 3.1 Plus. The latter was introduced as another budget smartphone with dual rear cameras and Android One. As for the original Nokia 3 model, it may be old but HMD still promised quarterly patch for the phone starting September 2019 and until September 2020 only.

Today, HMD has announced the new Nokia 3V as an exclusive offer from Verizon. Obviously, the V refers to Verizon. Beginning August 23, you can purchase the Android smartphone for only $168. The phone may be affordable but it already boasts a two-day battery life and an HD+ display. It only runs Android 9 Pie OS at the moment.

The Nokia 3V is another first for HMD Global being its first post-paid offering on Verizon. A year and a half worth of monthly security updates will be available for the Nokia 3V. That’s aside from a couple of major OS upgrades. That means if it starts at Android Pie, we can expect to get Android 10 Q and Android 11 R in the next two years. For mobile security, the Nokia 3V comes with a biometric face unlock.

Specs and features of the Nokia 3V include the following: a 6.26-inch screen, HD+ resolution, Qualcomm Snapdragon 429 mobile processor, 2GB RAM, 16GB onboard storage, notification light on the power button, and artificial intelligence (AI). The phone will be out on 23rd of August 2019 online at VerizonWireless.com and in some Verizon store all over the country. Pricing is set at $168 or $7/month for another two years. The Nokia 3V will only be available in Blue.