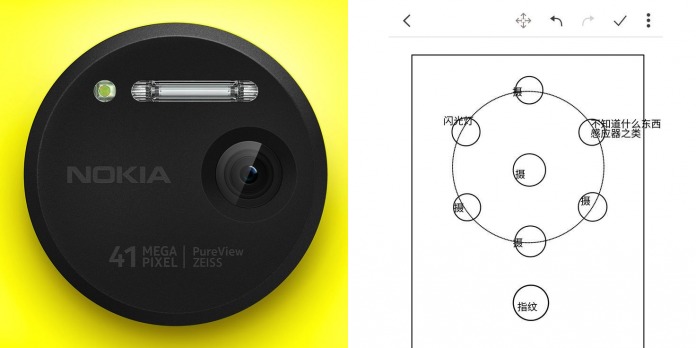 While some OEMs are still struggling to add rear cameras, there are those already applying dual front cams. But for Nokia, it wants to go beyond and try Penta-lens. That sounds a new system and it is sound to be found on the next flagship phone from Nokia. The 2018 flagship is rumored to be the Nokia 10 which may arrive with the latest Snapdragon 845 processor and a Penta-lens system that is comprised of five lenses and two flashes. It hasn’t has been confirmed yet but the imaging is said to be similar to what the Lumia 1020 had before.

The 2018 Nokia flagship device could have a rotating camera developed by Zeiss. There will be the usual bezel-less design, latest chipset, and possibly a higher RAM and bigger storage. We’re expecting HMD Global will unveil the Nokia 9 at the MWC. The Nokia 10 may be moved to the next quarter so there will be more time for research, development, testing, and production.

A design sketch of the Nokia Penta-lens camera module was sighted online. The image also shows the possibility of a rear fingerprint sensor, 18:9 display screen, double-glass design, and Snapdragon 845 among others.

It’s never too early to learn about the unconfirmed, upcoming smartphone. We’re always curious as to what Nokia has to offer because the brand was recently resurrected from the dead.