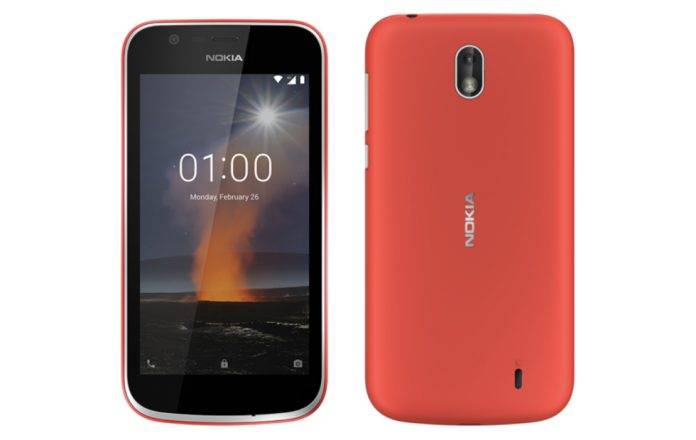 Very low-end, and very affordable, Android smartphones are back! Google did make it a key point when it announced its Android Go initiative, not a different Android version but a special Android configuration for extremely hardware-constrained devices. At MWC 2018, Google has opened the floodgates for those devices to make a comeback in the market. HMD Global is one of those at the forefront with the Nokia 1, bringing the iconic brand’s name back to the budget market segment.

You might have a mild case of deja vu when you see the spec sheet for the Nokia 1. A 1.1 GHz quad-core MediaTek MT6737M chip, 1 GB of RAM, 8 GB of thankfully expandable storage, and a 4.5-inch FWVGA 854×480 LCD screen. You might not have seen that combination, especially from a renowned brand, since 2014 or so. But that’s exactly the kind of device that Android Go was made for.

The Nokia 1 basically leaves consumers no excuse not to prefer an Android phone over a cheap feature phone. Especially when that Android phone is unburdened by any bloatware or custom UI. As it comes with Android Go, that means it has Android 8.1 out of the box. Whether that comes with some sort of update period promise remains to be seen.

If that has, so far, bored you, then Nokia’s new throwback might perk you up a bit. Xpress-on covers are also making a comeback! For the extremely young, these are the interchangeable and usually vividly colorful back covers you can change depending on your mood or preference. Even better, that also means that the 2,150 mAh battery is removable. Truly, the 2000s have returned.

The Nokia 1 will be sold in the usual markets that include EMEA, APAC, Latin America, Australia, and India. Those usual markets also exclude the US and UK, among others. Pricing details have yet to be announced.