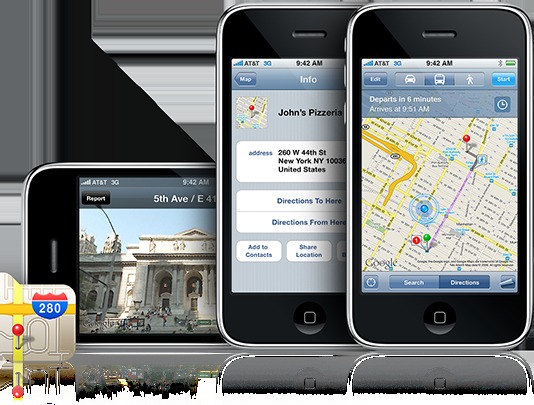 There has been a rumor around the web that Google will be adding free navigation to the iPhone. Google has denied such claims but left the door open slightly by stating that it may come to multiple mobile platforms in the near future. Also, other Maps features could make their way onto the iPhone.

Navigation was first introduced on the Droid, it was a feature of Android 2.0. After complaints from many non-2.0 users, it was made available to every device that has 1.6(maybe this was already in the works). This free navigation service gives Android a leg up on many other platforms that charge for such services, often they are not as good as Google Maps Navigation. A feature of Maps that most of us may not be aware of, routes are cached after the directions are found so even if you lose your data connection while on the go, you will still have accurate navigation information to rely on.

“We did not say we would bring it to iPhone, we said to date we’ve had it on Android and that in the future it may come to other platforms but did not confirm this will be coming to iPhone at all,”