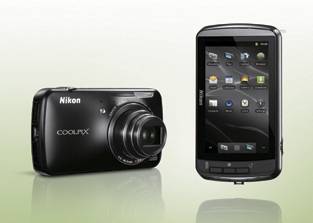 Rumors of Nikon making an Android-powered smart camera have been popping up lately, but today we might have our first look at what to expect. That isn’t all either because according to some newly leaked pictures from Nikon Rumors, the popular photography company could have two Android cameras coming soon.

This isn’t the first time we’ve heard about an Android-powered camera, and earlier this month we got what appeared to be the first solid confirmation that Nikon had something coming. Between previous rumors and today’s new details we can expect Nikon to announce at least one Android camera later this month, set for August 22nd.

The leaks show two different cameras so the chance that Nikon actually announces two cameras with Android is certainly a possibility. The Verge was quick to dismiss the possibility, but I could see it happening. Taking a jump to Android we’re expecting Nikon to unveil a cheaper entry-level aimed device, then maybe a more advanced model for those interested. Either way stick around because we should be hearing more on or around August 22nd from Nikon themselves.