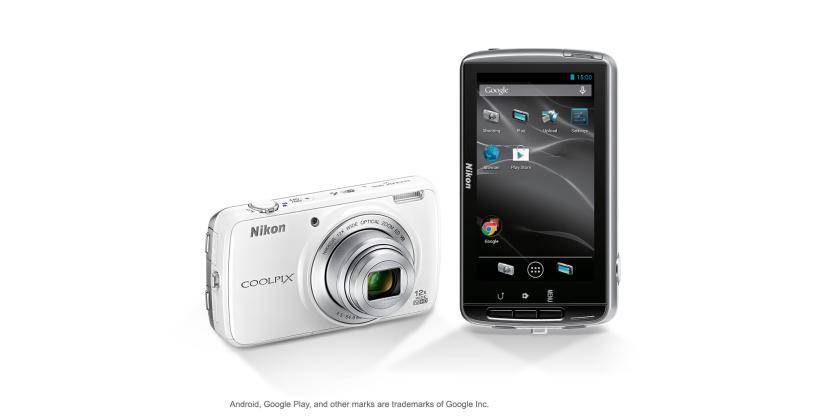 It’s been a while since we’ve seen an Android-powered camera and now Nikon comes along to make sure we remember that such a device exists. Harnessing the power of Android 4.2.2, the Nikon COOLPIX S810c takes pictures, posts tweets, plays music, and more.

The latest smartphone flagships might all be boasting about high-end camera specs, but most smartphones will find a hard time beating a dedicated digital camera like this one. The COOLPIX S810c is endowed with a 16 megapixel BSI CMOS sensor capabale of an ISO range up to 3,200, a 12x optical zoom lens than can cover 25 mm wide-angle shots as well as 300 mm telephoto angles. Like many digital shooters of its generation, the camera has a companion app that lets users transfer photos and videos to a smartphone or tablet for sharing on social networks. But with Android running inside, this Nikon camera can definitely stand on its own.

With a WiFi connection, the COOLPIX S810c can directly upload to those same sites and services, thanks to Android apps that can be downloaded from Google Play Store. But going beyond the call of duty, this camera can practically function as a smartphone, minus the ability to do cellular phone calls. The built-in GPS is useful for both geotagging and navigation and the headphone jack transforms it into your personal jukebox. The 3.7-inch WVGA display will definitely not win any awards, but it can let you check your email, browse the web, and do other kinds of Android stuff in a pinch. One interesting app included in the camera lets you make comments of up to 400 characters on a photo immediately after the shutter is released. These are then turned into Twitter-like notes that can be viewed in a chronological Timeline view. 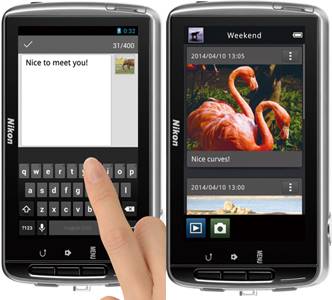 Available in black or white color options, the Nikon COOLPIX S810c social camera will go on sale starting early May. The $349.95 price tag might be a bit discouraging, but more interested mobile photographers might prefer this Android-powered camera over pricier shooters or less capable smartphones.