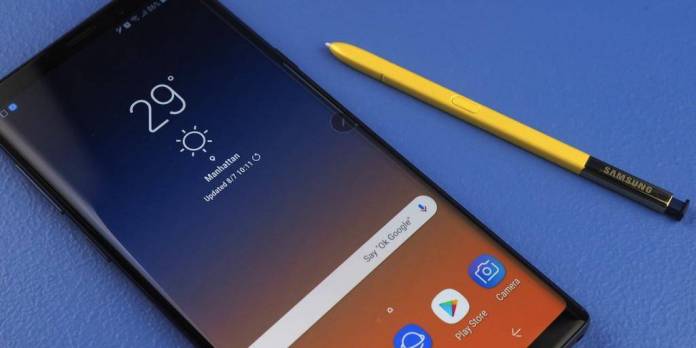 Samsung Galaxy Note 9 users that were envious of the last software update to the Galaxy S9 line will now have no more cause for jealousy. The June 2019 software update has finally rolled out and with it comes a few new goodies. The one thing that mobile photography enthusiasts were waiting for is now here as well. The update brings the dedicated camera night mode which should give you better pictures taken in low light situations or specifically night time.

The Night Mode lets you choose when to take long exposure shots, unlike the previous Bright Mode which lets the camera choose when to do so. When it was first introduced to the Galaxy S10 line and then later on the previous flagship’s Galaxy S9 devices, users saw the difference it makes when shooting in low light situations or when you feel like long exposure shots are the better option. Now according to SAM Mobile, Galaxy Note 9 users will also experience this.

Aside from this camera mode, the June software update also brings a built-in QR code scanner to the camera app. This means you don’t need to download a third-party app or even Bixby Vision whenever you need to scan a QR code in ads or for in-store promos and payments. This feature first came to the Galaxy S9 line as well but as expected it is also rolling out to other newer devices like the Galaxy Note 9.

The monthly software update also comes with the usual security fix which Google has promised it will bring to all supported devices. The rollout has already started but will of course take some time to be completed so you might not see yours immediately.

As always, go to your device’s settings to see if the software update is already available, just in case you haven’t received a notification.