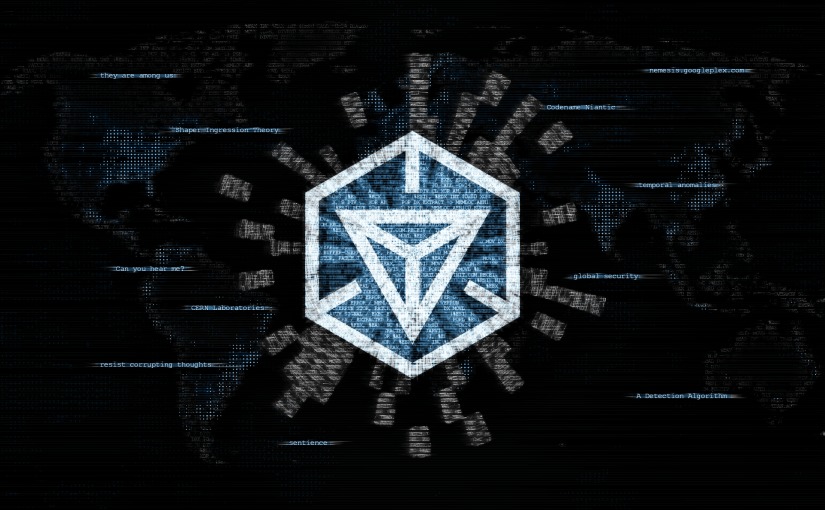 Those who like their gaming time to be on augmented reality – like say for example, Niantic Labs’ highly popular Ingress game – are probably used to the questions of why they seem to be standing still in weird places and staring at their phones. An Android Wear app for Ingress will probably make things a bit less awkward, just maybe.

Google has been planning this for a while now, and all we have is an image that shows us what the features on the Ingress Android Wear app will be like (see below). Of course, it will be obvious that you can keep track of the current state of the 2 warring factions from your Wear device. The Wear app will also notify the user when portals are in range and whether they’re under attack. Portals are specific places in the real world that have in-game value in Ingress, hence the two factions “fight” over them. 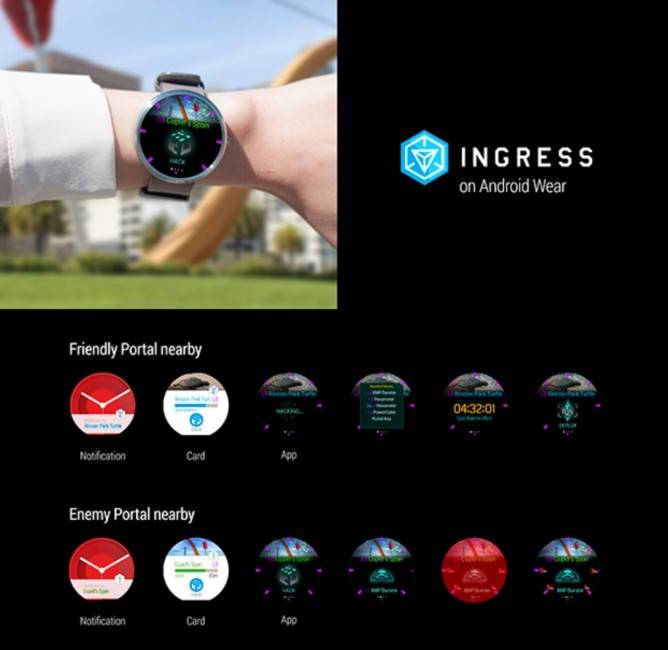 We’re imagining ourselves standing in the middle of a lobby of a hotel, standing still and looking at our Android Wear watch that is pulsing to show the progress of capturing the portal… yeah, still wierd. You might actually be approached by a security guard on duty, to ask why your watch is showing them pretty lights.

Google says the app should be out soon, but that is really relative to how Google understands the word “soon”. Haven’t tried Ingress yet? It’s over at the Play Store, you can go check it out in the mean time.