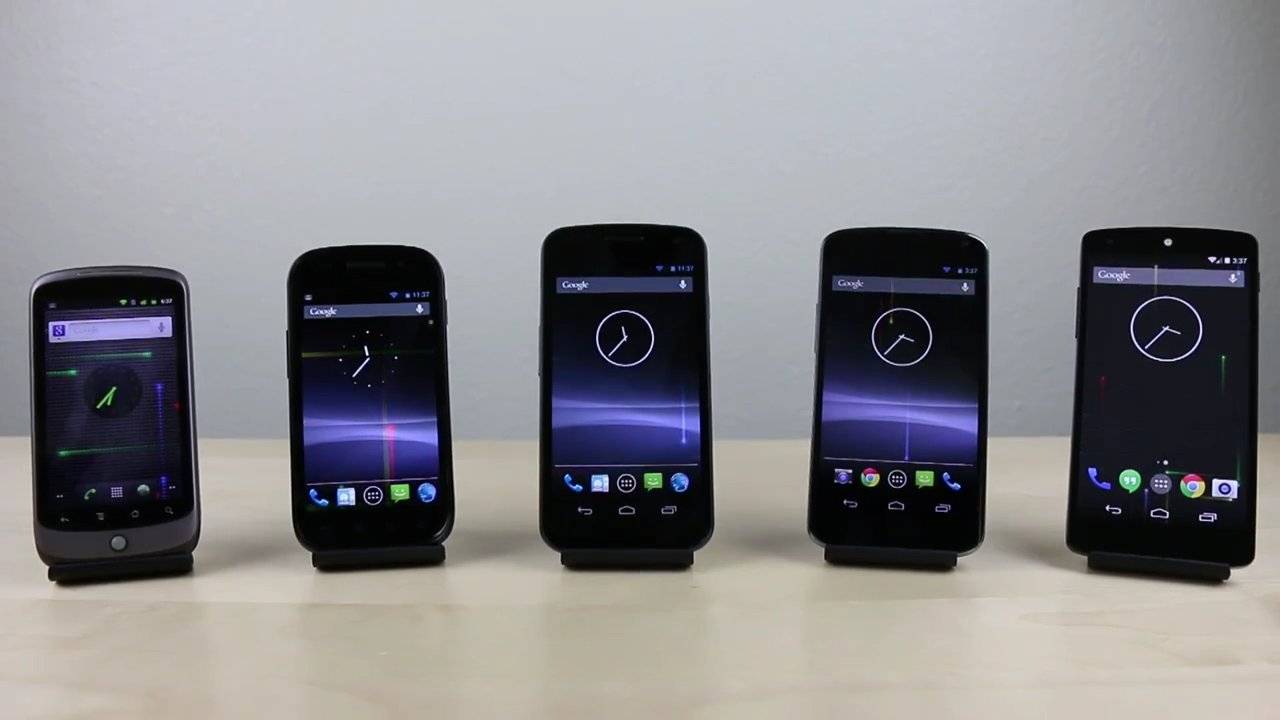 Now that the frenzy over the release of the Nexus 5 smartphone has somewhat died down a bit, we can take a breather and take a step back to look at how far Google‘s smartphones have come. This latest video does just that and puts all five Nexus smartphones to the test to see just how much even the oldest Nexus can cope with today’s demands on hardware.

It’s been more than three years since Google launched the Nexus line as a way to showcase what it thinks Android smartphones, and eventually tablets, should be like. Partnering with different device manufacturers throughout the years, Google has put out smartphones that sported the best hardware of the times and, probably more importantly, a pure Android experience, without the cruft introduced by manufacturers and carriers.

The Nexus One, the first ever Nexus smartphone, sported specs that, by now, sounds lower than even low-range Android smartphones, with a 1 GHz single-core processor and 512 MB of RAM. Surprisingly, it still performed relatively well on modern-day tasks, going as far as being able to run Temple Run 2, at least after the long hurdle of initial loading. It did struggle in loading a feature-rich desktop version of a web site but was still usable after that. It feels somewhat ironic that the Nexus One might not be getting Android 4.4, which, in a way, is almost a perfect fit for such a low-powered device.

Of course, on the other end of the spectrum, it is no surprise that the Nexus 5 performed best and fastest. After all, it does have a 2.3 GHz quad-core CPU and a decent 2 GB of RAM, designed to meet today’s needs. It is indeed quite impressive to see how much Android and the Nexus devices have improved and, if the past is any indication, we can look forward to even more exciting things in the future.