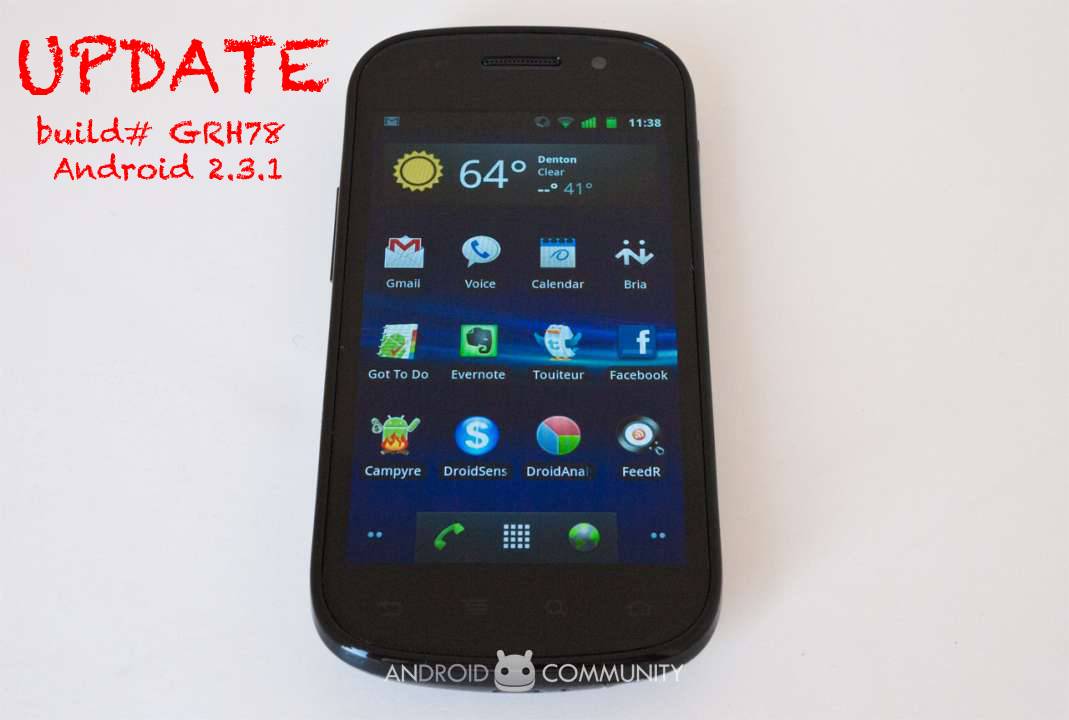 Just under a week after its launch, it seems the Nexus S has been pushed an OTA update. XDA member, rocketragz, just noticed the update and it said it included bug fixes as well as a map update.

The original thread over at XDA is all over the place. There have been reports of receiving it on the East and West coasts as well as being pegged as build# GRH78 – Android 2.3.1.

As with all OTA updates, it may take some time for you to be pushed the download. Have any of you noticed an update ready for download for the Nexus S? Have you noticed any significant changes? Let us know in the comment section below!