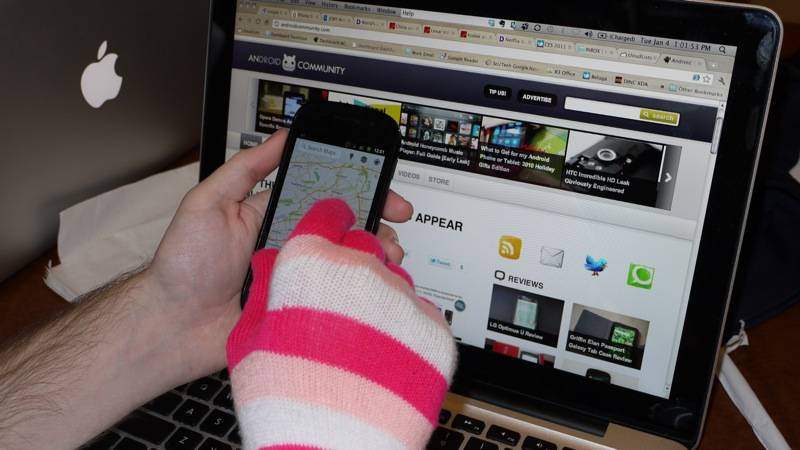 One of our staff was playing around at 2 O’Clock in the morning and he found an interesting surprise regarding the screen on the Samsung Nexus S – it works without direct contact from your finger. After we discovered the device’s screen worked with the back of a fingernail, we frantically ran around testing what else the device’s screen would pick up. The results: surprising to say the least.

We got the device to pick up multi-touch gestures with the back of our fingernails, which led us to wonder exactly what was going on. And after the initial surprise of the sensitivity of the screen, we started testing the screen’s ability to pick up input through different types of fabric. We tried both a standard polo and a thick sweatshirt and they both came out working flawlessly.

This shouldn’t work. Capacitive touch screens, for those who are unaware, use the conductivity of the human body to sense input. For anyone who has used an iPhone or Galaxy S device with gloves, you would have noticed that it just will not pick up your touch and you are forced to take them off and use your fingertips.

We tried this with a wide array of current-generation mobile phones that we have immediately available and it seems that only Samsung devices showed any response of an input without immense pressure from the user.

So what is Samsung doing differently to construct such an amazing screen? We honestly have no idea. In fact, we don’t even think they fully understand what is going on – or are even aware what they have done – which could be the reason we have yet to hear anything officially.

For the skeptics, we have gotten this to successfully work on our 3 available Nexus S devices with the backs of our fingernails and a wide array of fabrics. It’s worth noting that we still couldn’t get any input from a long fingernail, which leads us to believe that it’s relating to the heat produced that is transferred through the fingernail. But, even if it’s the heat from the finger that’s going through the gloves, it’s unlike any device we have tested so far, making it worth mention.