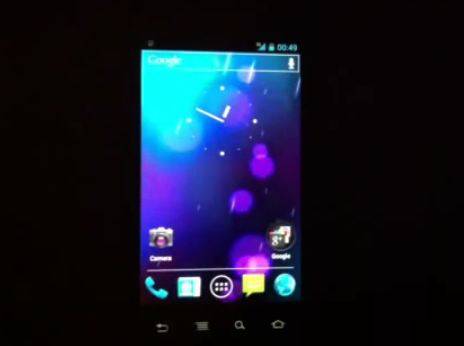 Those lucky Nexus owners, they get everything sooner. In this case, it’s a relatively stable AOSP version of Ice Cream Sandwich for the previous generation of Google’s developer phone. The ROM is available for eager Android fans right now – the only thing that appears to be missing is a reliable video record function.

The work comes from XDA member “kwiboo”, and he’s been hard at work on the software for the last few days; the two separate ROMs are already on their second version. Functions are mostly complete, though the WiFi drivers need a quick patch. Since Android’s source code doesn’t include Gmail, YouTube, the Android Market and similar Google-branded apps, those packages are being directly loaded from the Galaxy Nexus.

Check out the ROM in action below:

On the example phone at least, Ice Cream Sandwich is running admirably fast. Take particular note of the ICS software buttons – or rather don’t, because they aren’t there. ICS is able to forgo its software buttons if the hardware it’s running on already has hardware-based navigation buttons. The Ice Cream Sandwich ROMs should be coming fast and furious for the next few weeks as more and more modders get a hang of the source code, and the uber-popular CyanogenMod should release its version of ICS early next year.