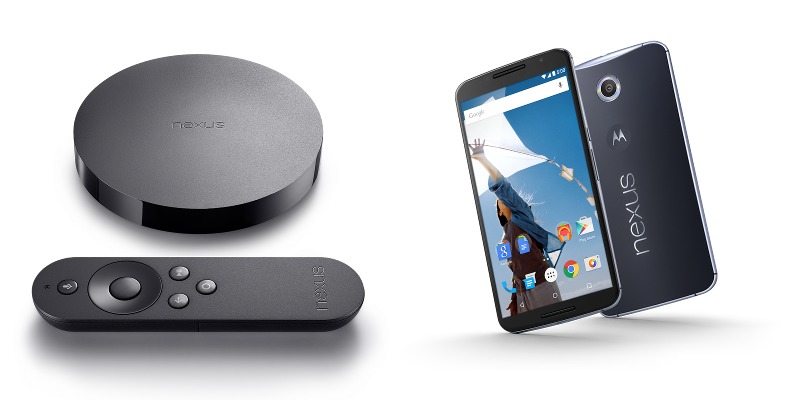 It is definitely busy weeks for Google, especially for those in charge of the sales of its Nexus devices. After a short and amusing fiasco involving FCC requirements, the Nexus Player is now “back in stock”, meaning it is once again available for pre-order. But the Google Play Store Devices section has another surprise waiting. The Nexus 6 has finally appeared in the pages but don’t get your hopes up just yet as the smartphone isn’t going to be available for pre-order until October 29.

Although it went on pre-order at the same time as the Nexus 9 tablet, the Nexus Player Android TV device was promptly marked as “out of inventory”. The reason had little to do with actual supplies but more because Google failed to get the FCC’s stamp of approval for the device before it put the product up. That said, that was quickly resolved over the weekend, with the Nexus Player appearing in the FCC website. Now the Player is back in pre-order and is noted to ship in 3 to 4 weeks. As a reminder, the Nexus Player itself, which comes with the remote, costs $99.00 but you will have to order the Gamepad separately if you want that as well, for an additional $39.99.

The Nexus 6 strangely didn’t go to pre-order at the same time as the other two new Nexus devices, though Google did mention that it will start at a much later date. That date is now known to the public, as the product page clearly states that it will begin on October 29. The Nexus 6 will be available in two color options of Midnight Blue and Cloud White and in two internal storage configurations with matching prices. The 32 GB version will cost $649 but the 64 GB isn’t that far behind at only $699. This Motorola-made smartphone boasts of a 5.96-inch QHD AMOLED screen, a fast 2.7 GHz Qualcomm Snapdragon 805, still unspecified RAM size, a 13 megapixel f/2.0 rear camera with OIS and double LED flash, a 3,220 mAh battery with Turbo Charging, among other things.

Now that the pre-order dates and prices for the three Nexus newcomers have all been set, the Android world will be waiting with bated breath for the actual shipping date of these devices, expected to be around early or mid November. That period isn’t just significant for would-be owners of the new devices but also for the Android community in general, as it would mark the finalization of Android 5.0 Lollipop and start the process of getting the latest Android version ported for their devices.