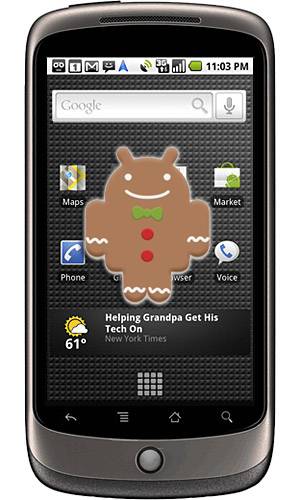 One of the best selling points of the Google Nexus One was that it was common knowledge that the device would be updated immediately to Google’s most current operating system. With all devices, the life cycle has to end sometime, but Froyo is not the final update for the Nexus One.

Google’s Nexus Twitter has just tweeted that the Gingerbread OTA will be coming, and coming soon. It reads:

The Gingerbread OTA for Nexus One will happen in the coming weeks. Just hang tight!

Even though Nexus One owners have had the oppertunity to get their hands on a Gingerbread ROM, after Christmas and New Years we can expect the official update for Nexus One owners.