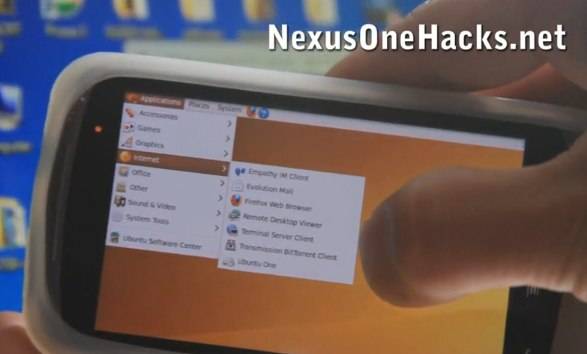 The Nexus One may be the first to get new releases of Android 2.x, but it’s also one of the first to get a usable install of Ubuntu.  NexusOneHacks have a massively comprehensive tutorial showing how to get the usually desktop-bound OS onto the 1GHz smartphone.

Usefully, the Ubuntu install doesn’t wipe the original Android OS, but lives alongside it: the Ubuntu terminal runs in the background, while the Ubuntu X11 GUI runs as an app under Android’s VNC client.  If you’re currently asking “why would I want to do this?” then you should probably stick to what’s on offer in the Android Market, but if you’ve ever wanted a portable Ubuntu test server then here’s your chance.  A tutorial suited to the HTC EVO 4G is also promised.