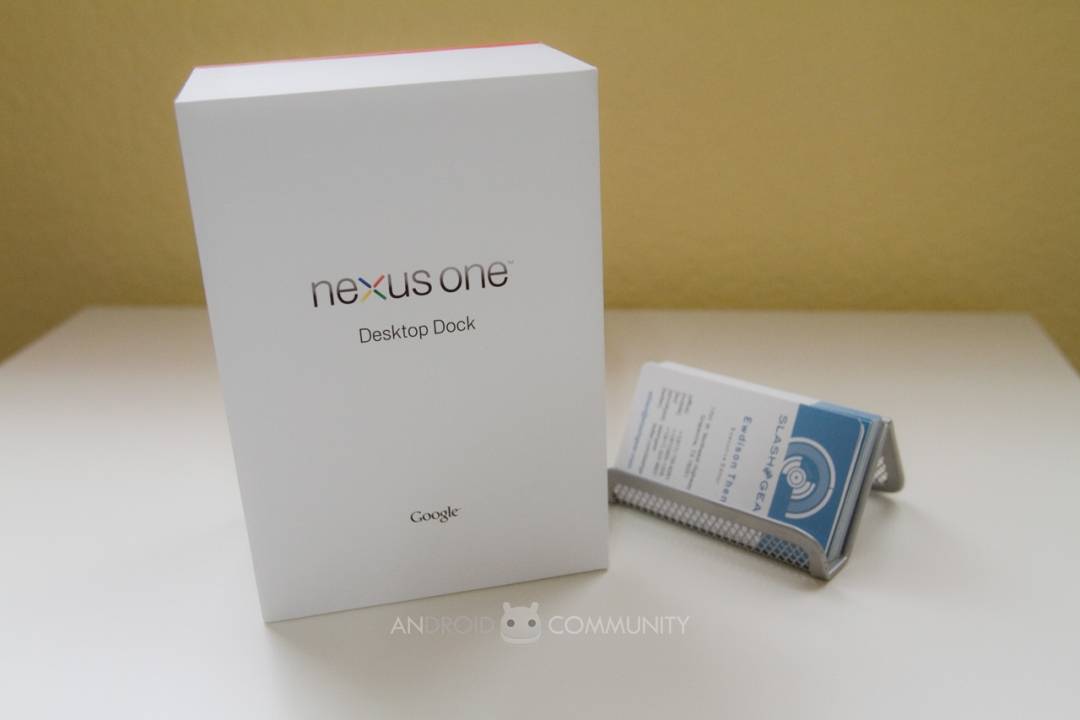 Google’s first official accessory for the Nexus One, the Desktop Dock, went up for order earlier in the week, and we couldn’t help but mash in our credit card details for one ourselves. Designed to not only recharge the phone but to stream music from it to a set of connected speakers, check out our Nexus One Desktop Dock hands-on gallery.

For $45 you’d expect build quality to be high, and thankfully Google – or, more accurately, HTC, since they’re responsible for the hardware – haven’t noticeably skimped on the plastics. The dock is very stable thanks to heavy weighting in the base, and we’re pleased to see an A/C adapter is included in the box; contrast that to Palm, who don’t include a second mains adapter with their Touchstone charger and expect you to use the original. This way you can leave one adapter at work and use the powered dock at home. 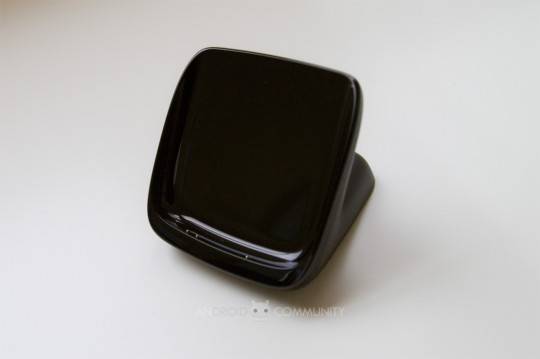 The Nexus One drops into place easily, with the spring-loaded touch contacts meaning there’s no pressure required. Meanwhile around the back there’s a microUSB port (for power) and a 3.5mm audio-out jack; a cable, ending in stereo RCA plugs, is included to hook up your stereo. As soon as you dock the Nexus One the Clock mode loads automatically, with weather animations and alarms; similarly, when you plug in the audio cable the first time you’re asked whether you’d like to use it as an audio alarm/music output by default. 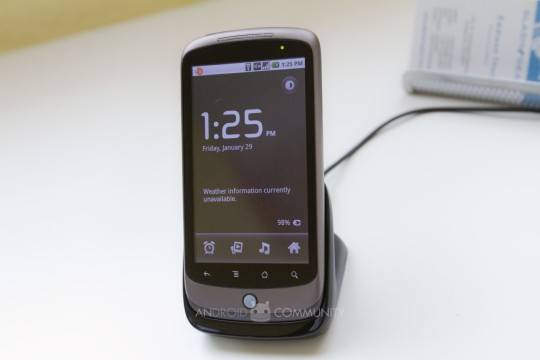 We’ll be testing out Bluetooth A2DP audio quality over the next few days, but right now we’re pretty pleased with the Nexus One Desktop Dock. While it’s obviously not the cheapest way to recharge your Google Phone, it does make doing so straightforward and mean you’re more likely to listen to music while at your desk (or in bed, if you’re using it on a nightstand).