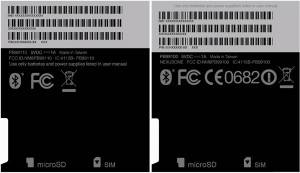 It appears that Google is on the move again with the Nexus One. This time it seems as though there will be a Nexus One with AT&T 3G bands. This is great news for AT&T Android customers who have been lusting over the greatest Android handset to date. Hopefully this will come to AT&T soon; my guess is it will debut sometime in the summer shortly after the Verizon version is released this spring.

If your savvy enough head over to FCC site and see what you can dig up but this is pretty solid information as it stands. If this is released this phone could possible land at AT&T, Rogers, Bell, or Telus. Or maybe this is the Europe bound version. Either way this is going to really help the sales of the Nexus One.