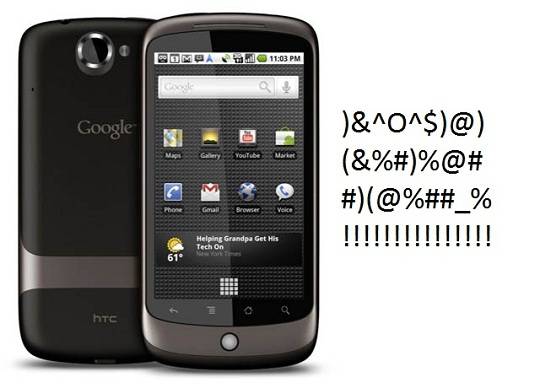 Google’s superphone has been released, and many happy Nexus One users are playing with their devices, but unfortunately, not all is good. The forums at Google support are flooded with customer complaints about the 3G coverage of their new Android handsets.

According to complaints from many Nexus One owners, the handset kept on switching between 3G and EDGE, sometimes staying just on EDGE. However, the worst is Google’s response, which has been scant at best, according to many. Aparently Google’s customer support is limited to email, which is answered in a day or two, with out any phone support whatsoever.

Apparently, Google and T-Mobile are “investigating” into this issues, but the last update was on January 9th, at 6:25pm PST:

Google and T-Mobile are investigating this issue and hope to have more information for you soon. We understand your concern and appreciate your patience.

There are rumors of Nexus One owners who even got in touch with HTC, only to be given the run around. What about you AndroidCommunity readers, are you having any issues with your brand spanking new Google Nexus One handset?