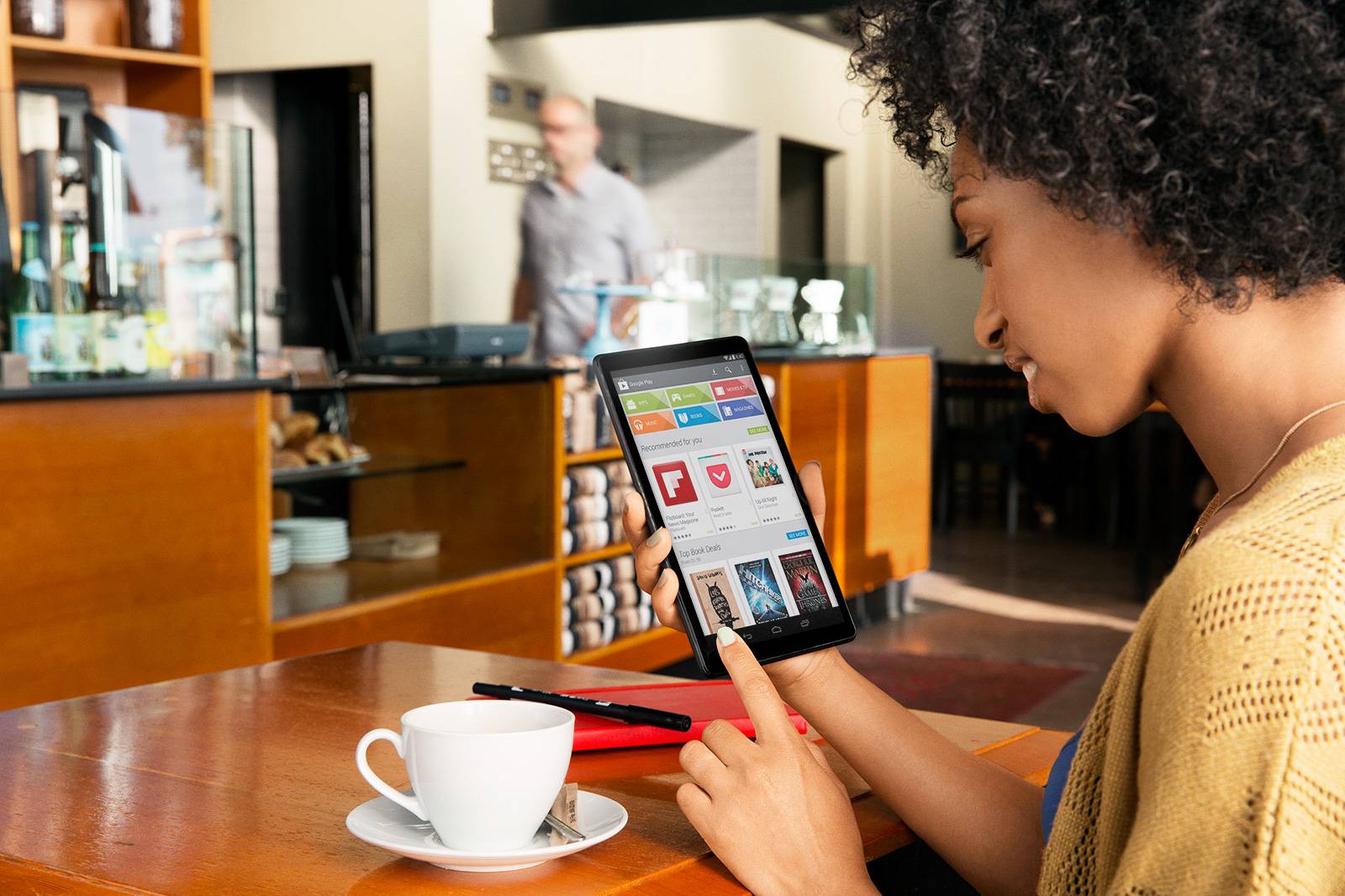 Google launched the Nexus 5 last week, and as a result, the official Android site also got a bit of a refresh. In this we are are looking towards the “Apps & Entertainment” page, which when visited, has a father and daughter sitting in an airport with a Nexus 7. But those scrolling down will get a look at something else, something that appears to be an unannounced Nexus tablet.

First thought of hearing that would be the Nexus 10, but the device in question appears to be smaller than 10-inches. It also doesn’t appear to be the Nexus 7. The device details are obviously at a minimum here and we are shifting to a case of pure speculation. But that being said, the tablet does appear to have a small bezel running around the display and it also appears to be running Kit Kat.

This brings plenty of question, but it could be a case of Google shifting to a three tablet strategy. A Nexus 7, Nexus 8 and Nexus 10. And in an attempt to connect the dots here, an 8-inch tablet would fit. After all, we did see the LG-V510 tablet appear in a Bluetooth SIG filing about a week ago. Bottom line here, it looks like details of the Nexus 8 are slowly beginning to surface.

VIA: ars technica, The Verge