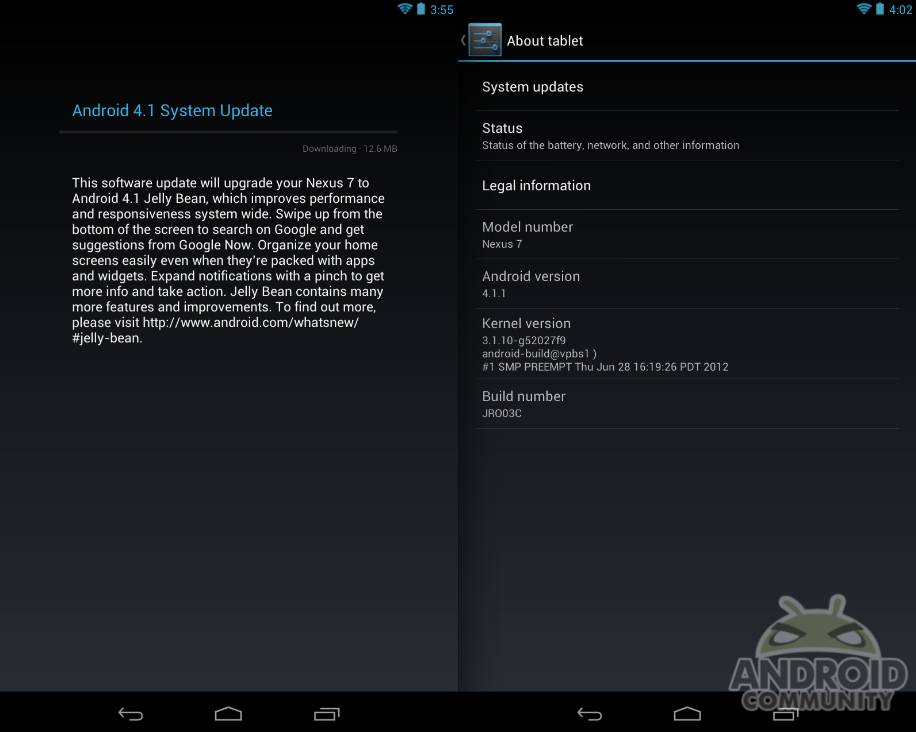 Google’s brand new Nexus 7 tablet just received its first over the air software update. The update is arriving now for those who luckily already have the tablet and brings along Android 4.1.1 Jelly Bean. The update is rather small but brings the Nexus 7 to the same version of Android Google pushed to AOSP last night.

Right now the Nexus 7 is only in the lucky few hands of those who attended Google IO, so this won’t matter for the masses but it’s nice to know Google’s going to be updating so quick. The OTA update just arrived on my own tablet just a few moments ago and was 12 MB in size, so rather small.

So far it appears to only bring us to Android 4.1.1 Jelly Bean, and the search features seem to all still be present. I was thinking Google might have removed some of those search features that “infringe” on Apple’s lame patents, but that doesn’t appear to be the case. We’ll continue to look for any changes but wanted to share the news. It looks like once the Nexus 7 starts arriving for the public you’ll all be greeted with this update out of the box. Stay tuned!