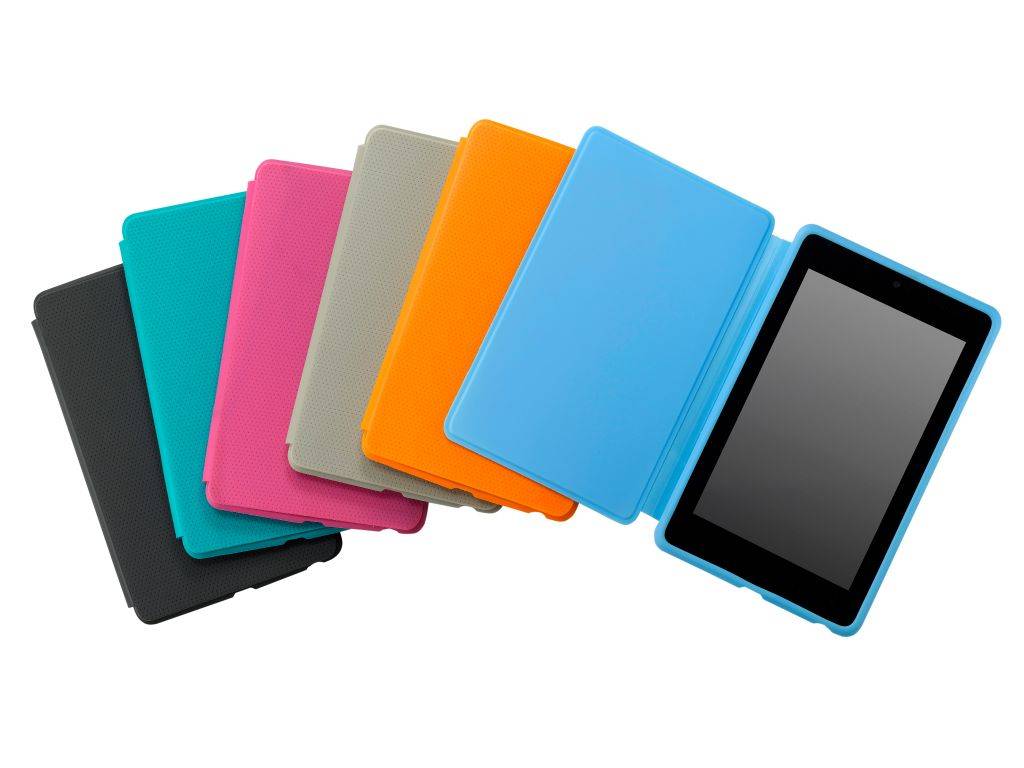 ASUS and Google’s new Nexus 7 tablet is pretty stealthy dressed in all black, but it looks like that will be changing soon because ASUS just outed a colorful set of official cases for the new Nexus tablet. The tablet maker posted a picture on Twitter showing off 6 colorful options for those looking to protect their new tablet.

We’ve seen this same case in the grey version on the Google Play Store along with the Nexus 7 on announcement day, but it still isn’t available. ASUS will be offering multiple color options for those interested. I think I’d go with blue or black myself, although I do love my Google IO limited edition white Nexus 7.

Hopefully ASUS and Google will announce something soon over on Twitter on when these will be available for purchase. Most likely once the Nexus 7 starts shipping from the Play Store (should be within the next week or so) they’ll release the cases too. There’s no pricing or availability information at this time, but I’m sure you’d all like to protect that investment — even if it’s only $199. Check out our review and plenty of Nexus 7 coverage below.