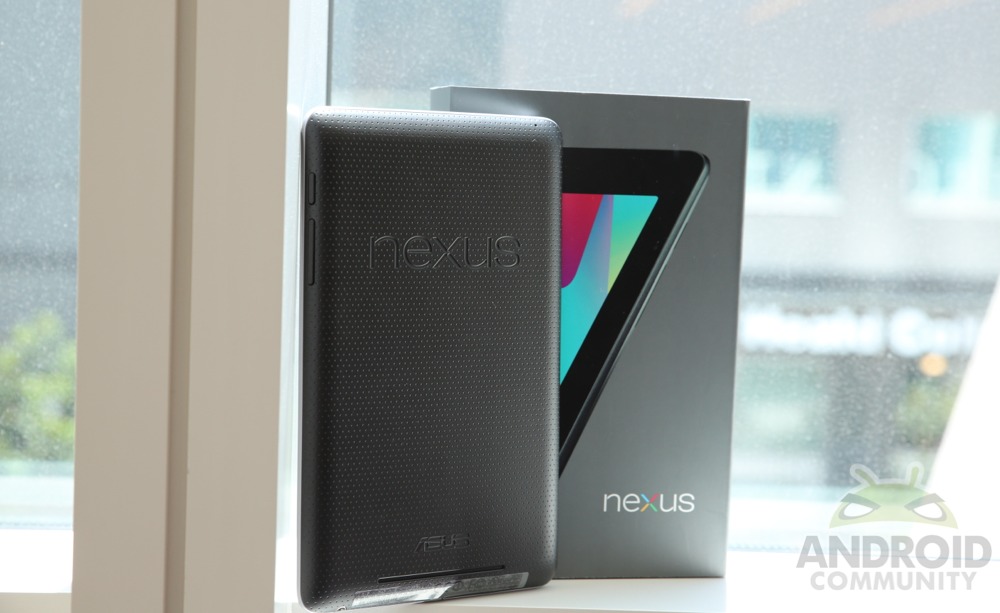 Google’s brand new flagship Nexus 7 tablet has officially launched today. It started shipping yesterday from various UK retailers, Gamestop in the US started sending out confirmations that those who pre-ordered could pick theirs up, and Google’s Play Store has begun shipping all pre-orders as of this afternoon. We are now seeing multiple retailers and sites across the US already selling out — which is a good sign for Google but a bad sign if you haven’t ordered one yet.

Gamestop told Reuters they’ve already sold out of two full shipments that were allocated for pre-orders, and are currently awaiting more to sell to the public. Gamestop spokesman said they won’t have more until August, so that is bad news. Sam’s Club is already listing the tablet as out-of-stock, and we are hearing the same report from Walmart and Staples. It appears however that Office Depot still has stock, and are continuing to accept pre-orders online.

It’s safe to say that on the first day of “availability” the new Google and ASUS Nexus 7 tablet is selling extremely well — which should hardly be a surprise. Being the first tablet with Android 4.1 Jelly Bean, while also rocking a quad-core processor all for $199 it’s hard to pass up. We are still waiting for official details from the multiple UK retailers carrying the tablet. Although the first to start shipping was Ebuyer, and it appears they still have plenty. Heading to Ebuyer.com/UK you’ll quickly notice they still have at least 500 available for pre-order.

Hopefully if you wanted one you’ve already pre-ordered from the Google Play Store, since they should all be shipped within the next 3 business days. With previous ASUS tablets like the Transformer Prime product was no where near the demand, so hopefully this time around they’ve prepared for much higher sales. We’ll continue to monitor the progress and availability of the Nexus 7 as the weekend rolls around. Who’s already received their tablet?