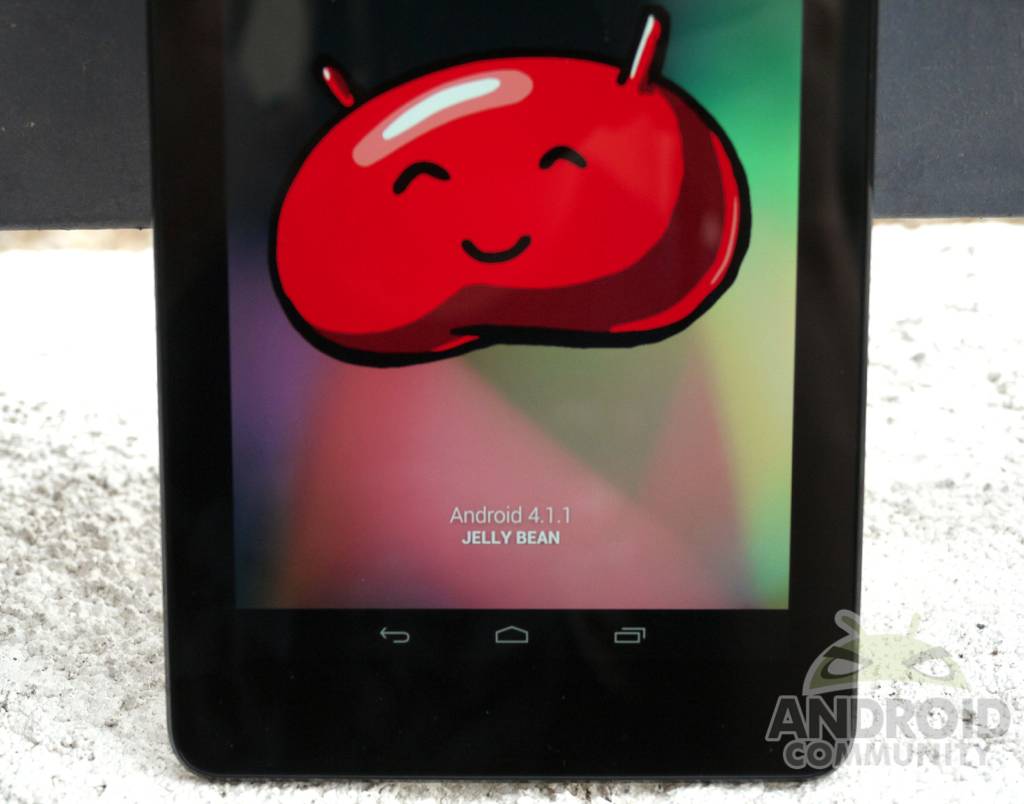 Now that Google’s new ASUS Nexus 7 tablet is slowly making its way to the hands of consumers, it has been getting a few software updates. Last week Google updated it to Android 4.1.1 Jelly Bean, and today it has another quick (but very small) software OTA rolling out as of last night. The changes seem minimal but this is surely a good sign.

The official 4.1.1 update brought the Nexus 7 and Galaxy Nexus both to build JRO03C last week, but today’s update is rather tiny and we aren’t noticing any changes. Now showing JRO03D, this tiny 859k (not even one MB) update appears to have only changed a few small things, and maybe tightened up some performance.

After checking the “about me” page in settings you’ll now find the FCC ID and IC model numbers clearly mentioning the ASUS MeMo 370T, which was the devices original name, but that is all we’ve noticed thus far. If you want to pull that ugly sticker off the bottom now you can, as the info is still provided. So far we haven’t noticed any other changes at this time but I’m happy to see Google issuing updates so quickly and effectively.

For those receiving their Nexus 7 today or early this week, expect an update or two out of the box. Enjoy those tablets folks!

Update: The update appears to have also added official Google Wallet support, and even installs the app for you. Now users with the Nexus 7 can take advantage of the NFC chip by using Google Wallet wherever accepted.