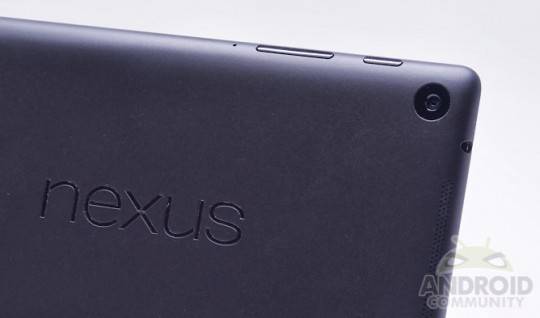 Earlier today there was a bit of an uproar in terms of Verizon Wireless support for the Nexus 7 LTE. While the tablet is technically capable of supporting the network, it seems Big Red is not willing and/or able to activate it in their system. It seem there will likely be more on the topic of Verizon, however things appear solid for those who are planning to pick up an LTE capable Nexus 7 for use with AT&T.

In fact, the Play Store has recently been updated and instead of one listing for the Nexus 7 LTE — there are now three. There is still the general Nexus 7 LTE listing and there is also one for AT&T and T-Mobile specifically. These are all priced the same at $349 and the latter two include carrier specific deals. Plus, they ship with the required SIM card in the box.

The AT&T specific model of the Nexus 7 LTE comes with a $100 discount offer for those willing to sign a two-year agreement. We suspect there are mixed feelings about accepting a $100 credit in exchange for a two-year commitment, however the offer is available for those who feel it will be beneficial.

This one is simple, buy a Nexus 7 LTE before December 31, 2013 and activate it with a 2 year service agreement on either a qualified postpaid standalone or Mobile Share plan and you will get a $100 bill credit back from AT&T. Otherwise, AT&T does mention that you will need to call or visit a retail location in order to take advantage of this offer.

Shifting away from AT&T and we find the Nexus 7 LTE for T-Mobile listing is still offering a free month of service. This one is simple, order this model and get to use the T-Mobile network for one month. Well, for one month or 2GB of data — whichever comes first.