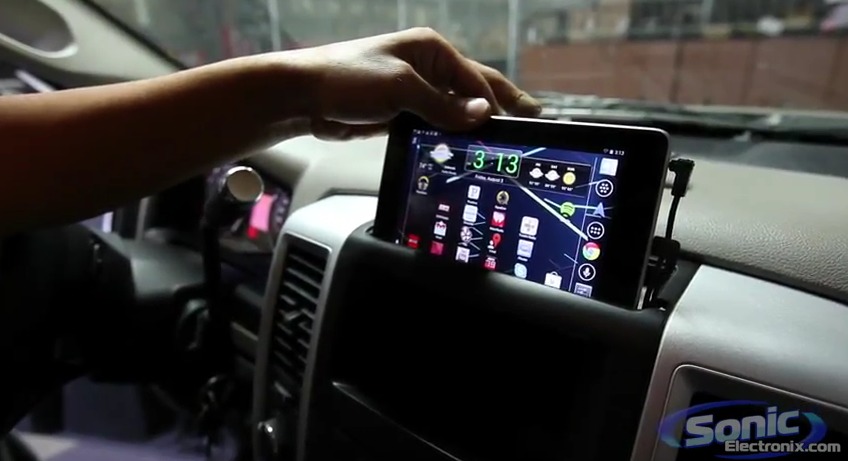 What you are about to see is quite possibly the most amazing in-dash entertainment system I’ve ever seen. Double din stereos for cars or trucks are nice, but none have the amazing finishing touches of Android 4.1 Jelly Bean. The popular online electronics reseller Sonic Electronix has just posted an epic video of one of their installers making a custom Nexus 7 stereo system. What’s even better is the tablet can leave the vehicle too.

For those that aren’t too familiar with car stereos, this is no easy feat. Obviously the tablet doesn’t feature the required outputs to drive sound to the 4 speakers throughout this 2008 Dodge Ram, so they’ve used an Audison signal and sound processor instead. The folks from Android Central spotted this one and the video makes it even better. Check it out below:

Pretty awesome video right? This installer made a custom designed dash for his Nexus 7, and even made it removable. As you can see near the end of the video (or my image below) is the tablet is able to be completely and easily removed via the top of the dash. Then you can take it anywhere you’d like as usual, and don’t have to make it permanent. That is probably the best part of this entire DIY project. 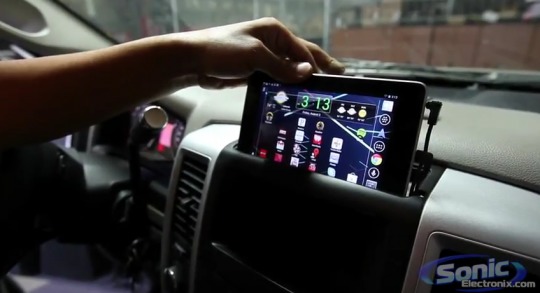 Obviously the Nexus 7 doesn’t have 3G or 4G for true video streaming, but you can simply just tether your phone to the tablet once you get into the vehicle. From there you can stream Pandora Radio, Netflix for the kids, Google Music and everything else that Google, Android, and the Nexus 7 has to offer. We’ve seen many tablets put into vehicles in the past, but none have been this clean and done with the impressive budget Nexus 7 tablet. This sure beats those $600 Pioneer stereos that seem to break every 8 months.

Between this being the awesome Nexus 7, and the fact that it looks completely stock makes this one of the best installs I’ve seen yet. Who’s up to the challenge? I’d like to just pay him to install one in my truck!