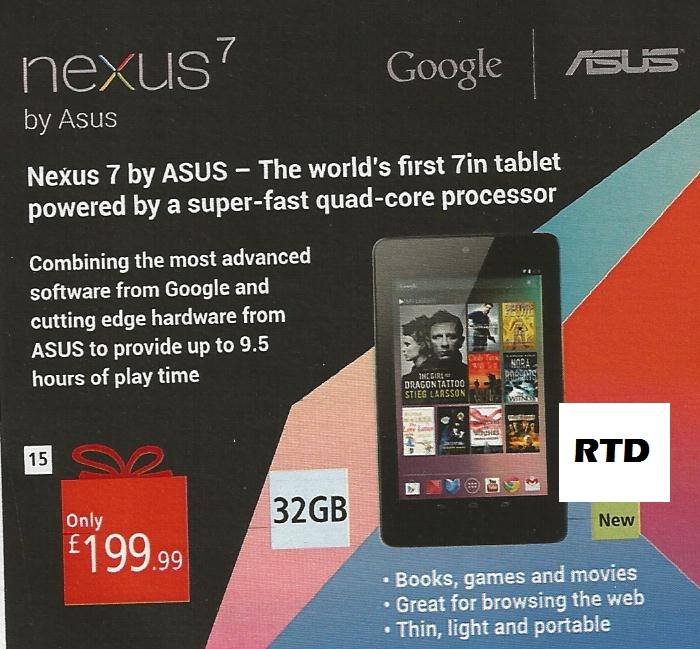 Well this is just getting ridiculous. Every day it seems we have a new Nexus 7 32GB leaks of some sort to share with you, and today is no different. The folks at Android Police have spotted even more listings for the fabled device, with the tablet making an appearance at two European retailers and Best Buy Canada. Are you convinced that the 32GB Nexus 7 exists yet?

The 32GB Nexus 7 has appeared in listings at Dixons Retail and Argos, with Dixons giving the tablet a price of €199.99 and the Argos listing (which was uncovered by Rock Tech Daily) showing a price £199.99. As stated above, it made a brief appearance on Best Buy Canada’s website, with a price tag of $269. If you’ll remember, the tablet popped up in a Staples Advantage listing yesterday, sporting a price that was actually less than the going rate of the 16GB model.

Though £199.99 is a little high for the range we’ve been seeing the 32GB Nexus 7 at, most of these listings put the tablet right around $250, give or take a couple Hamiltons. Normally this would be the part of the post where we tell you to take all of this with a grain of salt considering that Google hasn’t officially announced the 32GB Nexus 7 yet, but is there really any point to that anymore? It’s clear from the absurd number of leaks that the Nexus 7 32GB is real, unless all of these retailers decided to come together to massively troll us all. 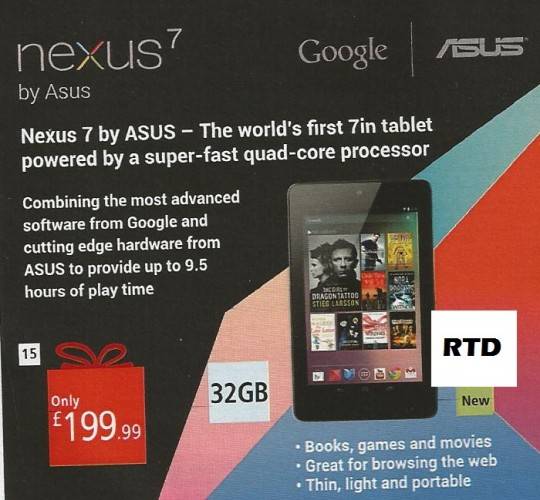 Admittedly, something like that would be pretty awesome, but we’re thinking that these retailers didn’t just decide to troll us. The 32GB Nexus 7 is on the way, and at the moment, it looks primed to replace the 16GB model. The only things we need now are an announcement and a launch date, and given how many retailers have been prepping online listings lately, it seems like both of those are just around the corner. Stay tuned, because it can’t be much longer before Google finally reveals the device.