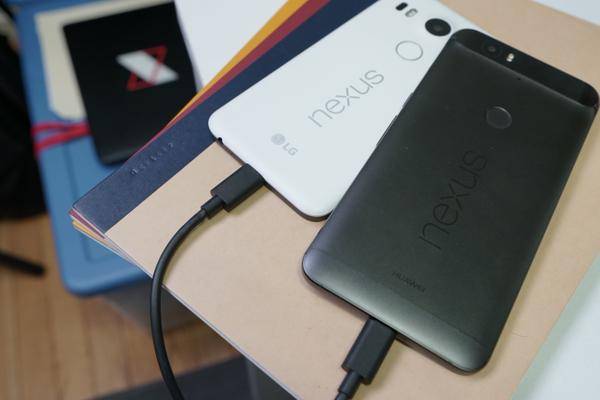 While a lot of OEMs are convinced that the USB Type-C will eventually be the standard when it comes to charging and exchanging content, only a few have “converted” their devices as of now. Some are still questioning its usefulness while others are already preparing for the eventuality with adaptors and accessories. One thing we know for now is that it will allow devices to charge other devices as evidenced by the two new Nexus smartphones.

The Nexus 6P and Nexus 5X, when connected to each other through the USB Type C-to-C cables, will be able to deliver power to each other. There is an option in the notifications shade that asks you whether you want the device to charge from the other, or act as a power supply to the other, and even get it to transfer files to each other. This will be a pretty cool feature to have with all USB Type-C devices, if the owners of said devices would allow their devices to be used as an external battery.

However, for now, it seems to be working properly only with the two new Nexus devices. When used on other Type-C gadgets, some would only charge while others would only be charged by it. The charge rate also seems slower. But this may only be due to the fact that the non-Nexus devices aren’t updated yet to the Android 6.0 Marshmallow.

So when the latest Android update has rolled out to more devices, maybe we should try experimenting again with this C-to-C connections and see (ha!) whether this is one of the benefits extolled by those who believe that the USB Type-C is our future.