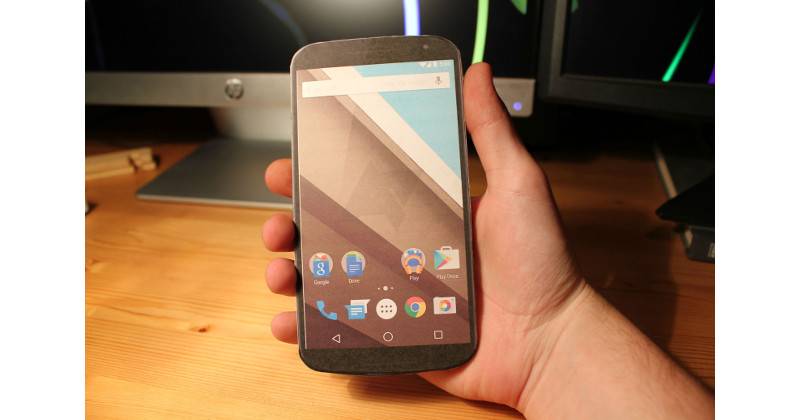 The rumor mill is spinning like crazy as we near the expected reveal date for Google‘s next Nexus device. But while we haven’t really seen an actual Nexus 6 just yet, aside from two photos allegedly of the smartphone being used in the wild, some rather passionate fan has taken it up on himself to create a wooden model of the device to give others a more solid, pardon the pun, idea of what it might look like.

Of course, this wooden model was created simply based on leaked specs as well, so take it with a grain of salt. But if those specs do ring true, then we are definitely looking at one massive smartphone, here compared with a Nexus 4 and a Nexus 7 tablet. The creator of the mockup notes that it is almost impossible to reach the opposite top corner of the screen with one hand, which isn’t surprising given the almost 6-inch span of the display. The model is also said to be 9 mm thick, which might taper at the edges if Motorola’s predominant design style is taken into account.

That dummy model, however, doesn’t show the back of the device, but these supposed in-house 3D renders do. That back is quite interesting because, aside from the expected Nexus branding, it still shows the more conspicuous Motorola M logo. Previous Nexus devices have kept OEM marks to a minimum in order not to distract users from the fact that this is a Nexus This pair of photos also confirm that the placement of the power button and volume rocker have slid down a bit, presumably to make it easier for one-hand use despite the phone’s size.

And if that huge size still isn’t something you’re willing to believe (or accept), then this pair of photos might wake you up to reality. Aside from confirming how big it is vis-a-vis a hand, it also gives a glimpse of the facial features of the Nexus 6, such as dual front-facing speakers. The power and volume buttons make an appearance once again, further cementing that design feature, or quirk if you wish.

The Motorola Nexus 6 is expected to be announced mid-October, though the actual launch of the smartphone might not happen until the end of the month. Android L, on the other hand, is said to come even later, around the first week of November, though the latest Android version will, of course, be immediately available on the latest Nexus model. Or models, if an HTC Nexus 9 tablet is really coming as well.