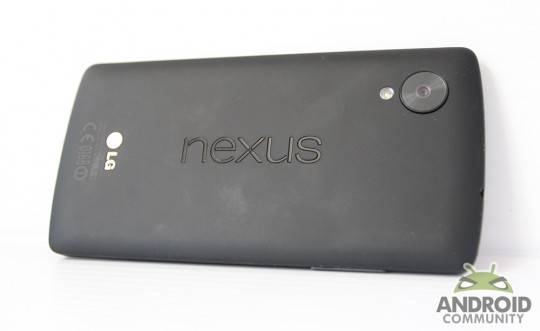 Chromium is often a source for leaked info on new Google hardware, and we often find mentions of Nexus devices therein. This time we get an actual expression for the Nexus 6, without a codename or other mysterious moniker. There is also mention of the Nexus 8, so it seems as though we’re getting two new handhelds from Google.

Though not a lot is learned about the devices, we can deduct a few things from this finding. First, the timing is not lost on us with regard to the Nexus 6. With LG readying their flagship G3, it seems as though we’ll get another Nexus handset based on that model. Both the Nexus 4 and Nexus 5 have been based on the G series.

We can also count on the Nexus brand not going anywhere. Some have speculated Android Silver would replace the Nexus brand altogether, but that appears to be fodder for the rumor mill at this point. At least for 2014, it doesn’t appear the Silver program — if it even exists — will relegate the Nexus brand to the scrap heap.

The Nexus 8, like its alleged little brother, gets a mention — but again, no details. The Nexus 8 is believed to be a tablet, and made by HTC. It could be the larger iPad mini challenger many have wanted, and we still have no indication if the Nexus 7 will remain, or if the Nexus 8 replaces the long-forgotten Nexus 10.

From this leak we see two devices being tested, both named “Nexus”. Aside from that, there are no details to go on yet. The bugs are a bit old, too, so we’ll keep that in mind as we consider what’s coming next from Google. The Chromium source code often yields results about processor or screen size, so we’ll keep our eye out for details as they emerge.