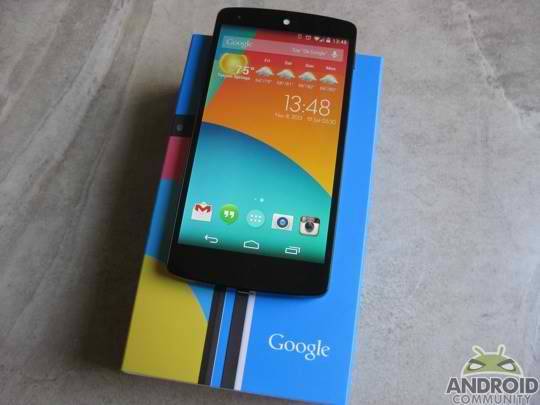 The Nexus 5 does not have the best camera among its peers, even with the presence of Optical Image Stabilization (OIS) technology. But that’s not stopping Google from trying to convince you that it’s more than good enough, mostly thanks to software features. Now the company has come out with three short video ads that show how even a decent quality camera can be fun.

It’s not that the 8 megapixel camera on the Nexus 5 is terrible. It just seems to continue the tradition of half-decent cameras on Google’s Nexus devices. As you can read in our Nexus 5 review, it performed rather poorly in low light and, despite the inclusion of OIS, was not that good at keeping slightly moving things in focus. We have noted how the Nexus 5 camera seemed geared more towards quickly snapping up photos for sharing on social networks, and it seems that this is exactly what Google is trying to sell in these videos.

The first video demonstrates a feature that is not exactly part of the camera app but is, instead, part of Google+. Auto Awesome is a feature that goes through your photos, analyzes which ones are part of a series, and creates an composite version of the photos, one of which can be an animated version. The video below demonstrates one such amusing application of the feature.

The next video demonstrates Photo Sphere, which actually debuted way back in Android 4.2. This feature lets users stitch together a 360-degree panoramic view from different shots, perfect for those epic moments in your life.

Finally, the HDR+ feature in the last video clip shows how the camera app helps create great photos in any lighting condition, though, as we’ve tested, results may still vary.

Of course, all of these features can be found or replicated on other devices using third-party apps, which still makes the Nexus 5 camera a hard sell. Then again, the Nexus 5 has a lot of other great hardware and features that makes it easier to overlook its camera problems.