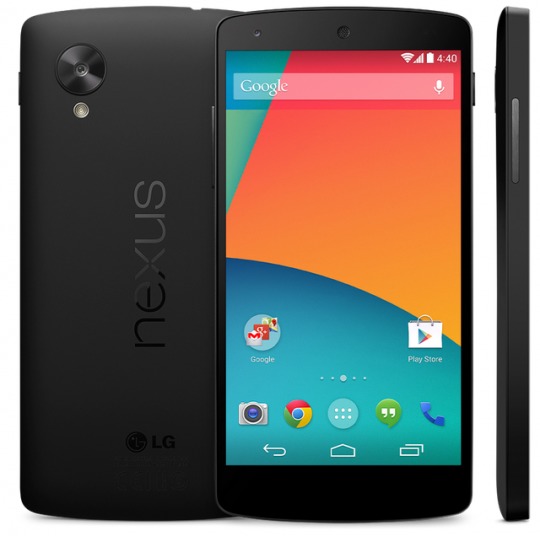 It seems clear the Nexus 5 leaks and rumors are not going to stop until we have an official announcement. Google has yet to offer anything in terms of when we can expect the event to take place, however we have seen what is believed to be a bit of teasing coming from Vic Gundotra. That all aside, while the rumors are suggesting an October 31 or November 1 availability, there has been a few more listings that appeared today.

There was a product listing in the Netherlands. This one was on the BelSimpel website, where for a brief time — the Nexus 5 was listed. That product listing had the handset sitting with a 5-inch Full HD display, Qualcomm 800 processor and Android 4.4 Kit Kat. Of course, those following along with the Nexus 5 rumors will not be surprised by those specs. In addition, the site had the handset listed at 459 Euro for the 16GB model.

We often cannot compare prices across market, but in this case it looks like there may be an explanation for this higher-than-expected price point. A commenter of the Google+ page of Taylor Wimberly suggests that price is because LG sells the Nexus in the Netherlands, as opposed to Google. Needless to say, this Nexus 5 listing has since been removed. Coming as an update to this Nexus 5 listing, Dutch site Tweakers reached out to BelSimpel and have received a statement suggesting LG was not confirming the release. 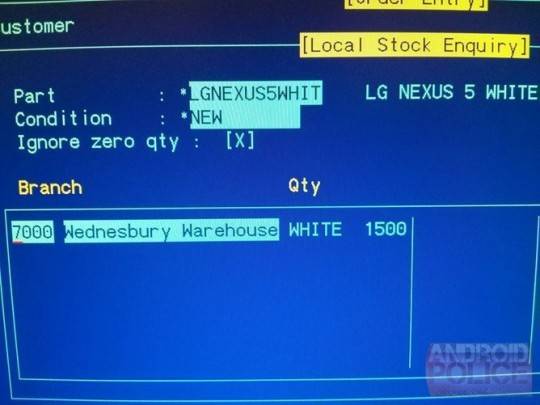 The other sighting today takes us to the UK. Specifically, to the UK via Carphone Warehouse. In this case the folks at Android Police have recently posted a screenshot from the inventory system. Based on the image, the Wednesbury warehouse is expected to receive 1500 white Nexus 5 handsets. And while not pictured, it was also said the retailer will be getting 1500 of the Nexus 5 in black.

Anyway, while these are little more than retail inventory and product listings — it does suggest the launch is getting closer. Not to mention, a Carphone Warehouse listing dropped similar details on the Nexus 4 least year. Time will tell when the announcement day will arrive, but for now, we are keeping a close eye on any incoming messages from Google.