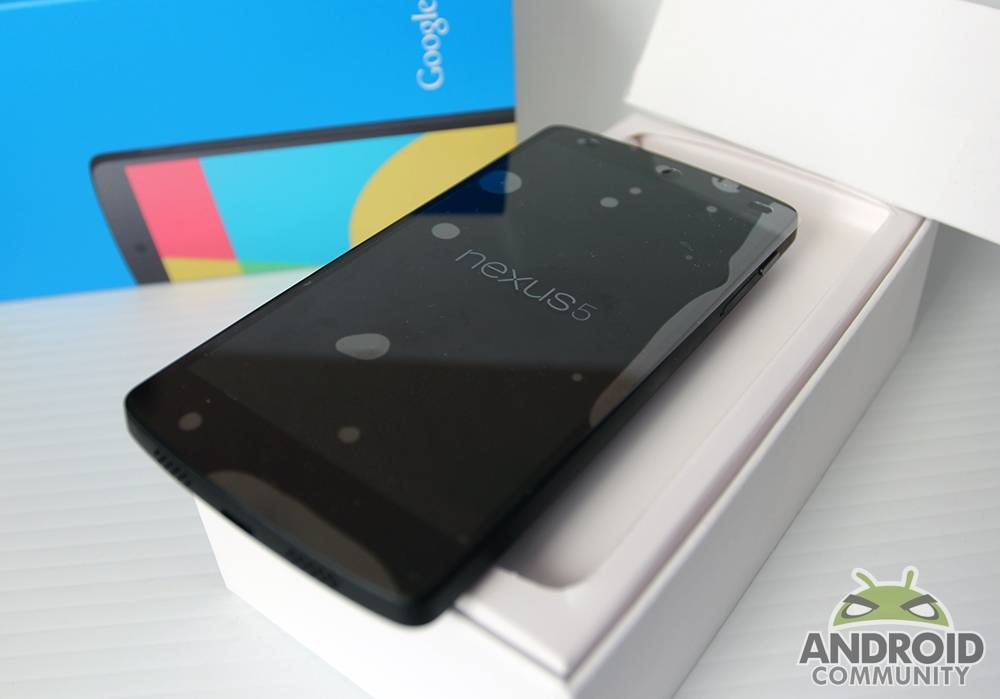 In the Nexus 5 you’ll find Google’s biggest effort yet in their unique “pure” take on Android, both physically and metaphorically. You’ve got LG-made hardware here with a display that’s the most massive Google has issued for a Nexus smartphone, appearing at 4.95-inches of LCD with a 1920 x 1080 pixel resolution. That’s 445 PPI, and beaten only by the HTC One’s sharpness of 469 PPI due to it’s smaller display at 4.7-inches with the same amount of pixels.

This device works with the Qualcomm Snapdragon 800 processor, matched up with the LG G2 in more ways than one. This device was clearly based on the LG G2, coming in with a design language built as a cross-breed between LG and Google’s new vision for the Nexus, as seen first in the 2013 Nexus 7.

On the back of this smartphone you’ll see Google’s first landscape-oriented logo on a smartphone. Though we’re still directed to use the device in portrait mode most of the time, it would appear that Google is readying the world for a change of flavor when it comes to utilization. They began this trend when they first decided to put their home buttons inside the display, in the software, rather than out with capacitive buttons as a standard. 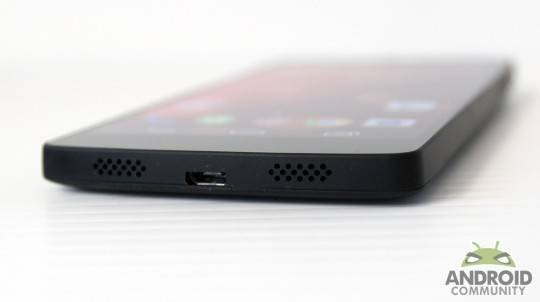 The LG-made Nexus 5 does not feature a microSD card slot, instead opting to offer only internal storage at 16GB or 32GB sizes. You’ll have Wi-fi along 802.11 a/b/g/n/ac, and Bluetooth 4.0. With Bluetooth 4.0 you’ll have Bluetooth LE, or Low Energy, allowing you to work with the next generation of wireless devices working with essentially no drain on your battery life. 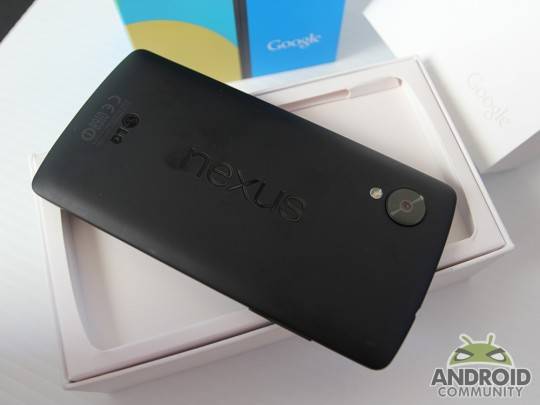 Next we’re moving in on benchmarks. You’ll not find much left to be desired in this collection of chart-toppers. Working with the Qualcomm Snapdragon 800 quad-core SoC tends to have that effect on tests. We’ll be putting this device’s real-life abilities through the grinder over the next few days and weeks.

As for our full review – the contents are up to you! We depend on you, the reader, to let us know what you’d like to see on the Nexus 5, including tests and real-world applications. Send us a note or comment below with whatever you’d like us to do with this device – only some holds barred!